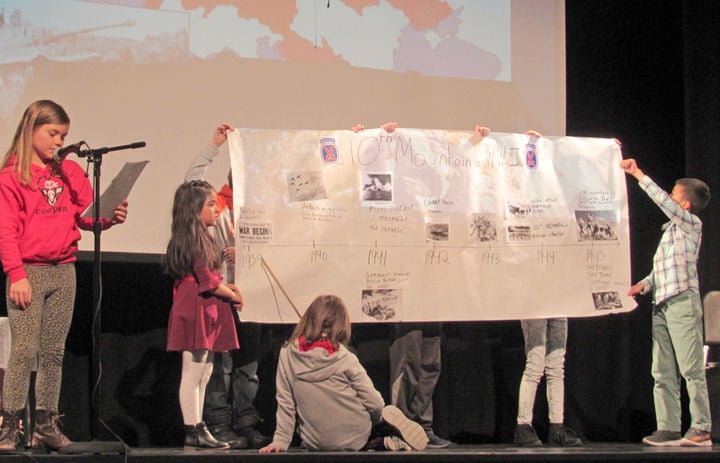 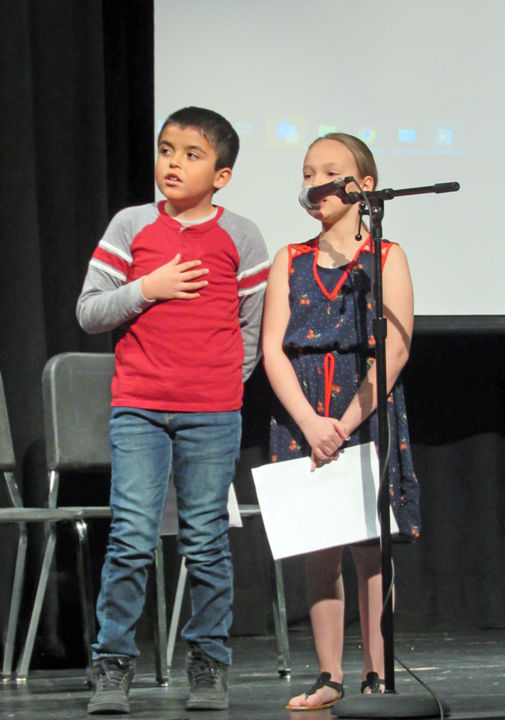 Several students read original journal entries, prose written as if they were soldiers in the 10th during the war. Adryun Negrete bemoaned shaving his head on the first day of boot camp at Camp Hale; Melanie Macias Medellin recounted ascending Riva Ridge.

Third graders also attended the serpentine ski-down at Ski Cooper on Friday, the last experience in the class’s learning expedition about the 10th, led by third grade teachers Katherine Page and Katrina and Brett Hanger.