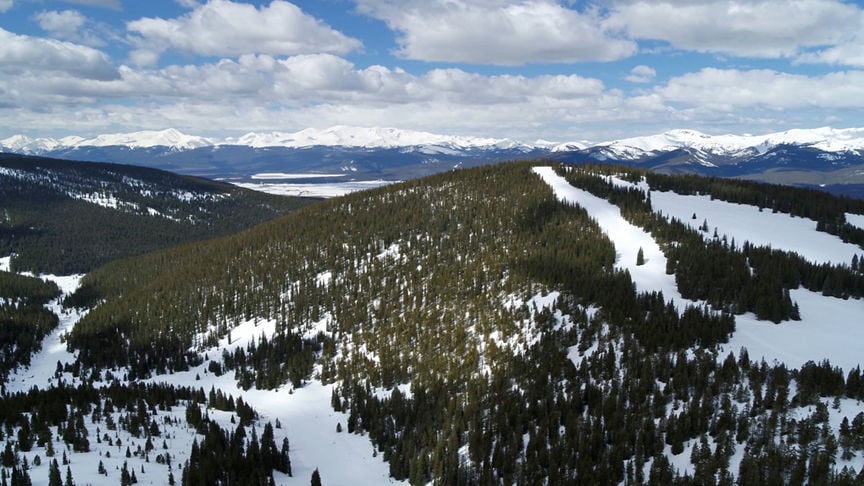 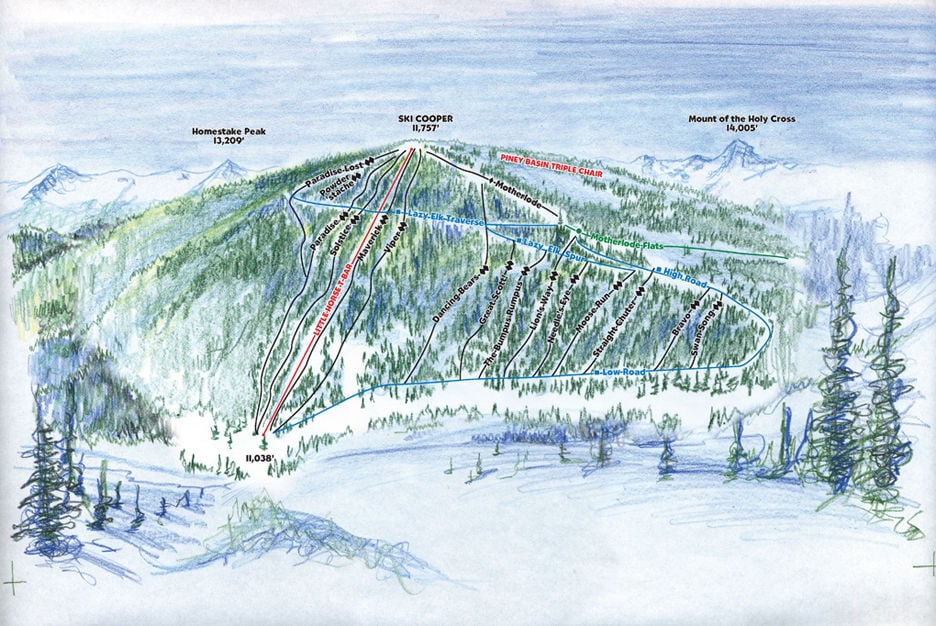 A preliminary trail map of Ski Cooper’s new terrain shows a variety of glade and chute skiing options for experienced skiers and snowboarders. 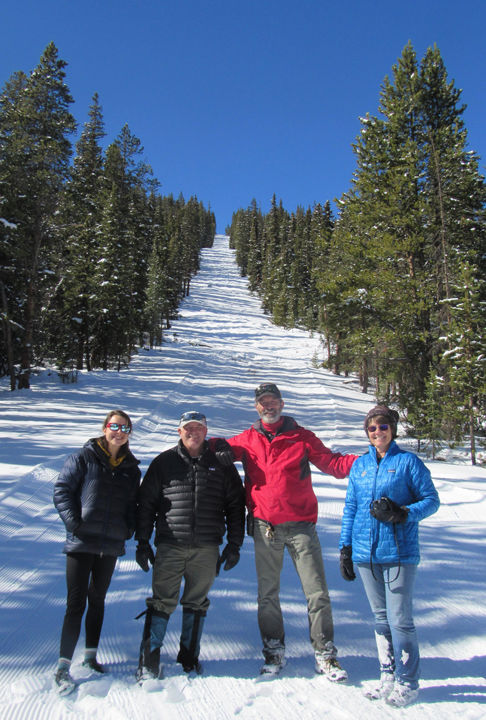 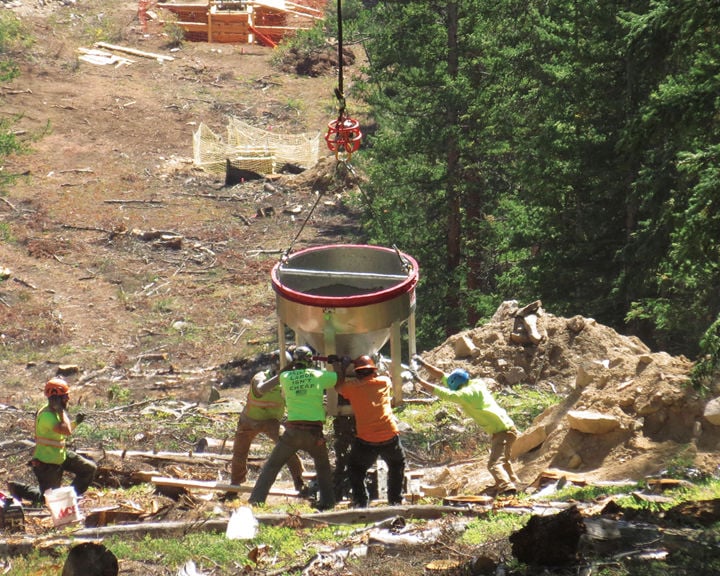 A preliminary trail map of Ski Cooper’s new terrain shows a variety of glade and chute skiing options for experienced skiers and snowboarders.

A variety of double black diamond runs are on the way for Ski Cooper, thanks to the Tennessee Creek Basin improvement project. The project will increase Ski Cooper’s skiable terrain by 20%, opening about 70 acres of classic, glade and chute runs to skiers and snowboarders alike.

“Even in the big season you’re going to have to be careful back here,” Ski Patrol Director Scott Adams said of the new terrain on a tour of the project last week.

Cleared runs like Maverick and Viper, which are already covered in almost two feet of snow, shoot down the middle of the mountainside. Glade-style trails like Powder Stache and Solstice maintain steep vertical as they weave in and out of trees. A series of eight chutes like Bumpus Rumpus and Swan Song line the north side of the expansion area, untouched natural features that vary in width and length.

The blue-rated Lazy Elk Traverse cuts across the black diamond trails, an escape route for skiers in over their heads.

Tennessee Creek Basin will be serviced by Little Horse T-Bar, a surface lift named in memory of longtime Ski Cooper employee Joe Romero. The lift, which is still under construction, is set to ascend about 600 feet in four minutes.

Ski Cooper is financing the project’s $1.8 million price tag without loans or leases – a testament to the resort’s steady growth and financial planning in recent years.

The improvement project is the result of years of planning, including obtaining U.S. Forest Service permits and analyzing different iterations of trail design. Site work, however, did not begin until this summer.

“It’s been exciting and challenging at the same time,” General Manager Dan Torsell said of the project. The general manager has worked on several ski area expansion and development projects throughout his career.

Though much of Tennessee Creek Basin’s terrain was left untouched throughout the project, certain forested areas were cleared or thinned to make way for ski trails.

Small felled trees were scattered across the forest floor to help maintain soil nutrients while dead trees that had accumulated over the years were knocked down and similarly flattened across the ground.

Large lodgepole pines and spruce trees were lifted out by helicopter and dropped in Ski Cooper’s parking lot where they were chipped and transported to a biomass plant.

“We used the helicopter for environmental reasons,” Torsell told the Herald. “We didn’t want to cut logging roads into the side of the hill. This way had a smaller footprint on the landscape.”

All in all, Ski Cooper cut down about 2,000 trees for its new trails, a figure Torsell said is relatively small for an expansion project of its size.

In September, a helicopter returned to Ski Cooper to deliver concrete to the back side of the mountain. For three days, the helicopter dangled barrels of concrete from above as construction workers tipped them into the lift terminal and tower foundations.

If all goes as planned, Little Horse T-Bar’s construction and testing will be completed by the end of the month.

According to Torsell, the project’s biggest challenge was coordinating an array of moving parts into a cohesive whole. Ski Cooper contracted with Leitner-Poma for the T-Bar itself and SkyTrac Lifts for construction services.

An unexpected highlight, Torsell said, was providing young employees the opportunity to be part of a large-scale project. “I think they feel a lot of value in being part of it,” Torsell said of his staff.

Ski Cooper will likely wait till Christmas, or even January, to open Tennessee Creek Basin. The steep terrain will need full snow coverage before it is safe for skiers.