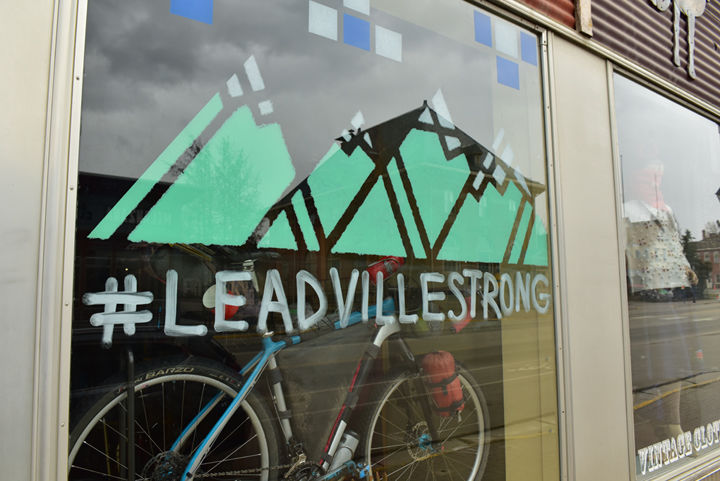 Windows sporting a variety of encouraging messages, like this one outside Leadvelo Bicicasa, are seen up and down Harrison Avenue. The Board of County Commissioners voted to cancel all special event permits through September last week. 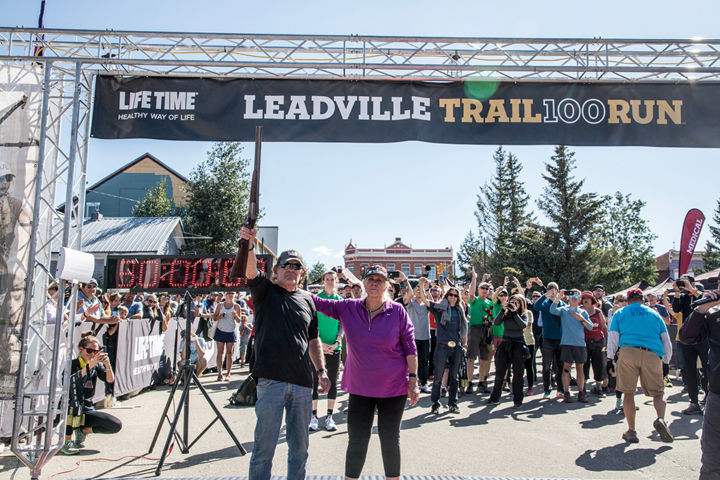 Windows sporting a variety of encouraging messages, like this one outside Leadvelo Bicicasa, are seen up and down Harrison Avenue. The Board of County Commissioners voted to cancel all special event permits through September last week.

On May 12, the Lake County Board of County Commissioners voted to cancel all special event permits through September. The BOCC’s decision that large gatherings are unsafe amid the pandemic was the result of consultations with different agencies and event organizers.

In an effort to retain progress made in stemming the spread of COVID-19, Colleen Nielsen, director of Lake County Public Health Agency (LCPHA), urged the commissioners and those in attendance at the remote May 12 meeting to continue to adhere to current guidelines, including restricting the size of gatherings to no more than 10 people.

Prior to the cancellation of all special event permits, over half of the summer’s special event organizers had already withdrawn their applications because they were unable to provide adequate contingency plans. Many organizers asked for their permits to be held for next year, Anne Schneider, senior planner for Lake County Building and Land Use, said.

Large annual events like Boom Days and the Leadville Race Series are unsure what a year without events will mean for their organizations.

Ahead of the BOCC’s unanimous vote to cancel all special event permits, Boom Days organizers had been told by the permit review board that it would recommend the cancellations, Mark Heyde, president of the Boom Days Committee, said.

Although this year’s event is canceled, Heyde told the Herald that Boom Days organizers opted to donate $8,000 of their originally allotted $10,000 to community organizations and individuals, including scholarships to two Lake County High School students and local food relief efforts.

The Boom Days Committee usually works throughout the year to coordinate the weekend-long event. This year, communication between organizers will not be as frequent and many committee members will get a year off, Heyde said.

“The event’s just completely shut down for this year and planning for next year,” Heyde said.

On May 13, after the BOCC decision, the Leadville Race Series (LRS) announced the cancellation of all events for the summer 2020 season. According to LRS, its 2019 races brought nearly 6,000 athletes, plus friends and family, and about $18.5 million to the Lake County economy last summer.

“The Leadville Race Series is part of our identity and has accomplished the goal of sustaining the economy of Leadville,” Commissioner Kayla Marcella said. “I know we will come back stronger than ever.”

Michelle Duffy, associate marketing director for LRS, said in an email that the Leadville Race Series could not yet speak to what the rest of the summer holds for the organization.

Though Tabor Opera House will not host events during the summer season, the ongoing renovation of the building is set to continue. The brick facade facing St. Louis Avenue will be undergoing repairs, as well as the front facade.

“If we can open for some tours by reservation we will possibly do that, but life will not be the same,” Mary Ann Graham-Best, Tabor Opera House Preservation Foundation, said in an email.

In the days since Lake County first re-opened non-essential businesses under guidelines from LCPHA, Lake County has slowly allowed more access to space and freer movement. Commissioner Sarah Mudge said in Tuesday’s meeting that the county should continue along the slow, stable trajectory it has maintained.

Nielsen pointed out that even if Lake County continues to abide by current practices for the next four-to-12 weeks and the number of infections declined enough to allow gatherings of up to 250 people, no special event permit received by Lake County this year anticipated that few participants.

The special event permit review process accounts for volunteers, staff, support personnel and participants — a factor requiring people in excess of safe numbers to gather, even before participants are accounted for, Schneider said.

According to Nielsen, it will take months of continued social distancing, wearing face coverings in public and accessing spaces responsibly to get to the point where gatherings of up to 250 people can happen safely in Lake County.

“We’ve got a long way to go,” she said in assessing LCPHA’s goals and willingness to allow gatherings of more than 10 people.