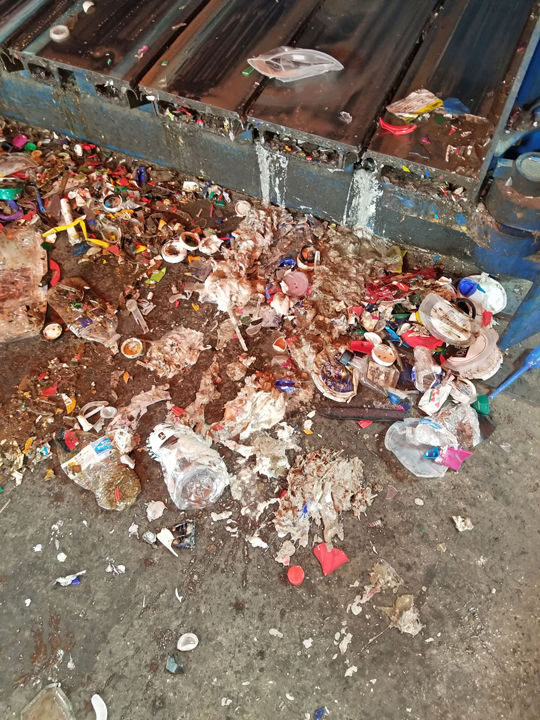 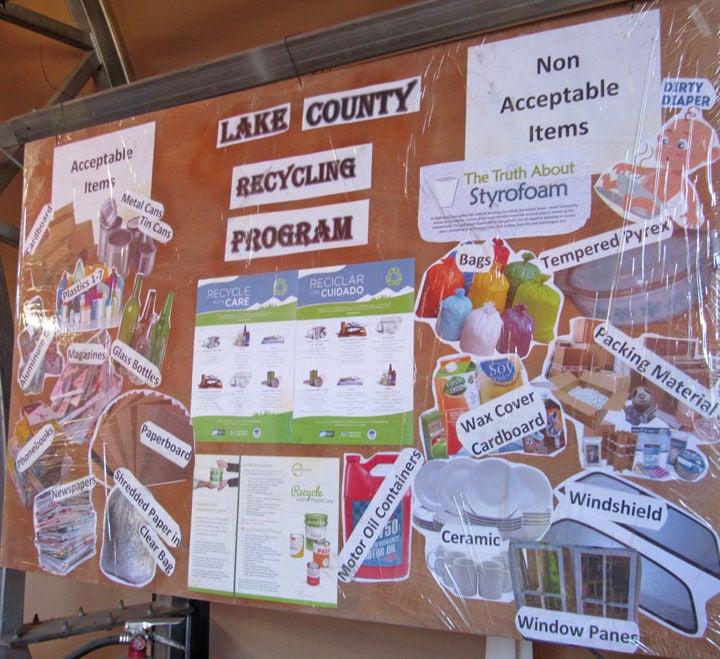 A sign at Lake County’s recycling center explains what commodities can and can’t be recycled. 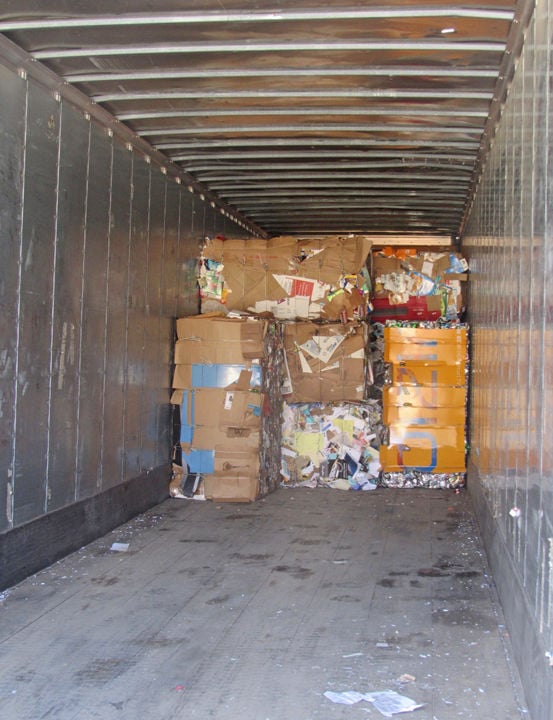 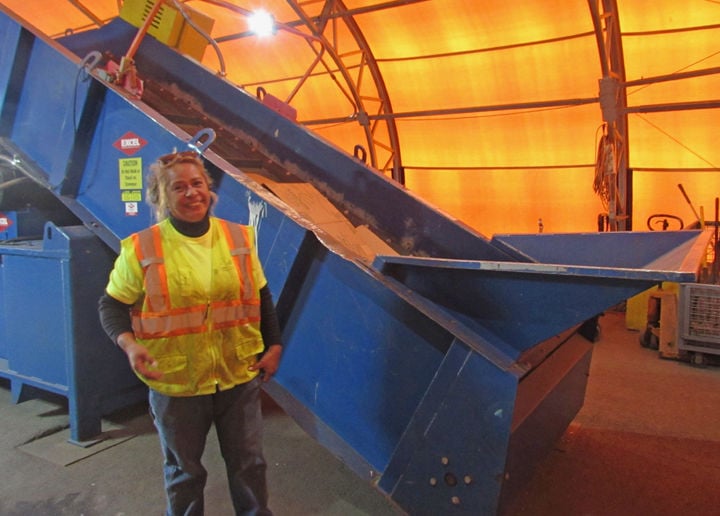 A sign at Lake County’s recycling center explains what commodities can and can’t be recycled.

Every piece of plastic Lake County residents attempted to recycle in the county in 2019 ended up in a landfill.

The dumping of plastics, as well as other recyclable commodities like paper and cardboard, is primarily due to contamination and a changing global market.

“You name it, we get it,” Lake County Landfill employee Robin Ekau-Moody said of the trash and contaminated recyclables often found in the county’s roll-off recycling bins placed near the community field. From diapers and syringes to feminine products and entire bags of trash, Ekau-Moody has seen it all.

Non-recyclable items like plant pots and containers that once contained chemicals or motor oil are usually found in the roll-off bins designated for plastic. When the correct types of plastics are recycled, they are often contaminated with food or wrappers.

Though the landfill staff sort through roll-off loads before bailing, there is not enough labor or time to catch every contaminated or misplaced item.

Once a month, a trailer filled with 42 bales of Lake County recyclables is transported to Waste Management of Colorado’s Denver site where they are examined. Only a fraction of the bales are processed for reuse; most end up in the landfill.

For example, in September, Waste Management authorized two bales of aluminum to be recycled. The remaining 40 bales of Lake County’s recycling went to Denver’s landfill. And in August, one bale of aluminum and some scrap steel were the only Lake County commodities to make the cut.

Recycling isn’t free. Lake County pays to transport bales to the Front Range each month and is charged with a variety of fuel, environmental and residue fees once the commodities make it to Waste Management’s site.

In recent years, WMC has started charging tip fees, or a dumping fee, for the recyclables it can’t process. When 40 of Lake County’s 42 bails are rejected, the county racks up a hefty bill.

Lake County tallied over $1,500 in fees for its September drop-off at WMC. Though the county brought in $1,224 that month from the two accepted aluminum bales, it wasn’t enough to break even and the county was billed $287.

“We used to make money off recycling and now we owe money,” Ekau-Moody told the Herald.

Lake County’s situation is not unique; other counties are also struggling to meet WMC’s contamination standards which seem to become stricter each year.

WMC, on the other hand, is facing a global market with lower commodity prices and higher purity standards than a decade ago. Many recyclables just don’t have an end market, whether domestic or foreign, the landfill’s manager Michael Irwin said.

In 2018, China placed restrictions on the import of most plastic and mixed paper commodities from the United States. Before 2018, China imported the lion’s share of the U.S.’ recyclables.

The ramifications of a changing market are not only affecting Lake County’s recycling program but the landfill more generally.

At one point, the revenue Lake County once brought in from recycling helped offset baler repairs and expensive electronics recycling. Now such costs, as well as monthly WMC bills, come from the landfill’s operating budget.

For this reason and others, Lake County Public Works plans to propose a 2020 landfill fee increase to the Board of County Commissioners in December. The department is looking at an annual three percent increase on all landfill fees, akin to an annual cost of living increase.

“It makes more sense to do a little bit at a time,” Irwin told the Herald. The Pitkin County Landfill recently adopted an annual cost of living increase.

The cost of electronic recycling will likely shift to a per inch rate and Public Works is considering adding a charge for cars, which can currently be dumped at no charge.

It is also likely that Lake County will halt all plastic recycling in the new year. Between contamination and an absent market, the probability of a Lake County plastic bale actually getting recycled is quite small.

“Why are we paying to haul it to Denver and then paying to dump it there?” Irwin asked. “It just doesn’t make sense.”

“Steel and aluminum have been carrying us and right now we need to focus on what has been making us money not what is costing us money,” Ekau-Moody added. “If we want to keep the landfill in Lake County, some sacrifices have to be made.