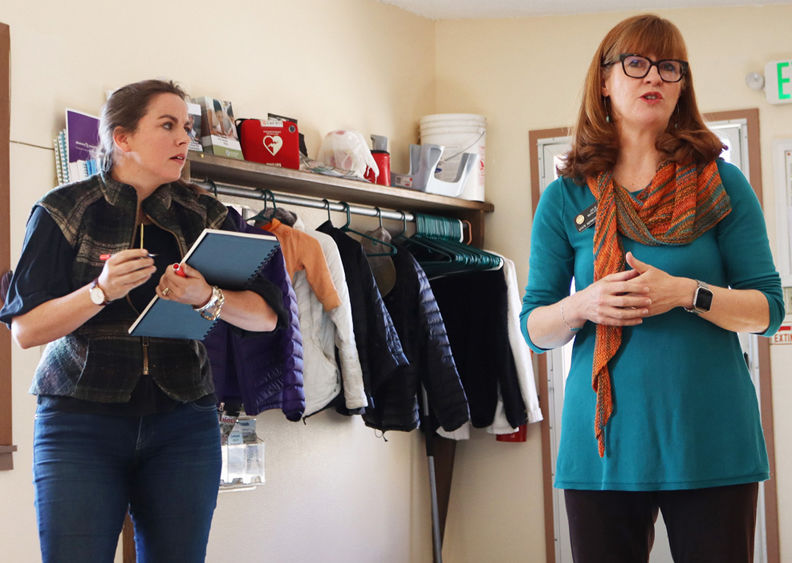 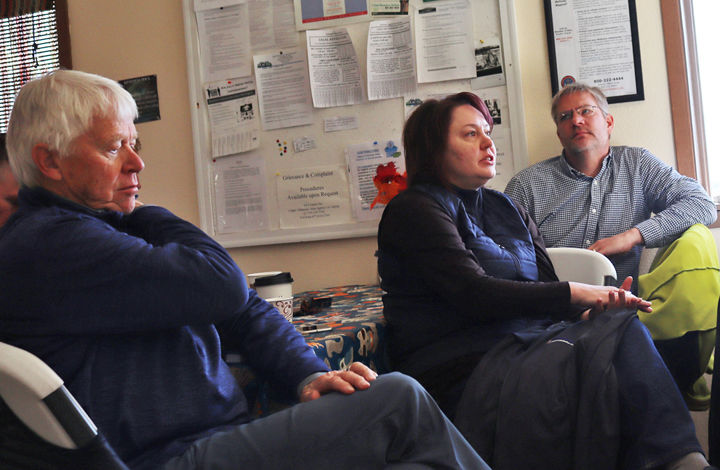 Amy Tait suggests to State Representative Julie McCluskie and State Senator Kerry Donovan at Saturday’s town hall meeting that the state homestead exemption be locked in every year at the current level. From left are Bob Hartzell, Tait and Jeff Fiedler. 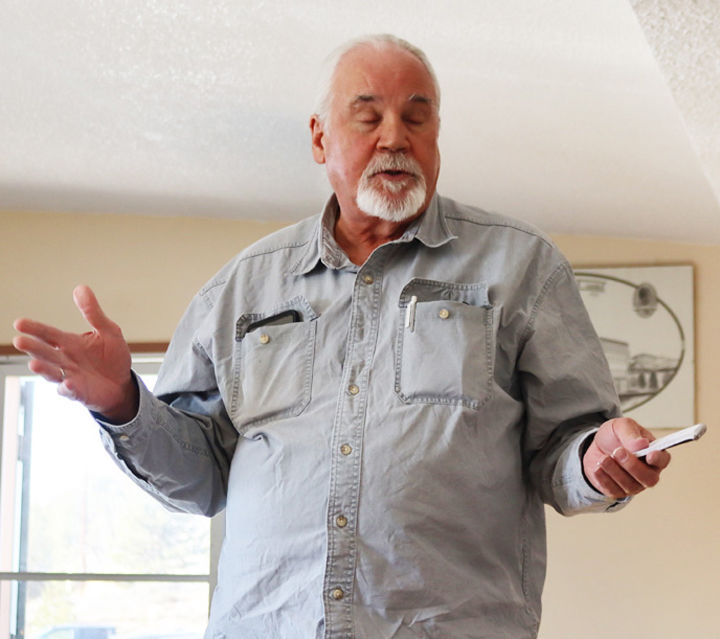 Amy Tait suggests to State Representative Julie McCluskie and State Senator Kerry Donovan at Saturday’s town hall meeting that the state homestead exemption be locked in every year at the current level. From left are Bob Hartzell, Tait and Jeff Fiedler.

The two are looking toward the legislative session starting in January, and they discussed some of the successes of the last session and what might come up in the future.

Donovan spoke of the state option for insurance, the proposal for which was just released this past Friday and is said to offer more options and lower prices. The legislature will be asked to adopt this proposal in the coming months. She and Rep. Dylan Roberts will be two of the sponsors as it moves forward.

McCluskie spoke of reinsurance and how the costs of insurance have dropped 30 percent on the Western Slope and as much as 47 percent in Summit County through the Peak Health Alliance, a health insurance purchasing alliance.

She also mentioned that in the past session, Colorado became the first state to cap the price of insulin at $100 per month.

Later in the meeting, Donovan spoke of the harder fights ahead when the legislature looks at hospitals, insurance companies and pharmaceutical companies in examining how much money they are making. She said any bills affecting hospitals making tens of millions in profit will will be sure to be met with resistance.

“We must protect the critical access hospitals,” McCluskie noted. St. Vincent in Leadville is such a hospital.

Ken Vierczhalek asked why there can’t be one insurance rate for the entire state. Donovan said it would never pass through the legislature because although insurance rates would go down in the rural areas, they would go up by enough in the metro area to kill such a bill.

“The governor could do this by executive order,” Donovan said.

Lake County was praised for recently passing a bond issue for funds to be used with a BEST grant to build a new pre-kindergarten through second-grade elementary school.

Coming up in the next session will be a bill to repeal the death penalty and another concerning paid family leave, issues where “we lag behind the rest of the world,” she said.

Transportation is an issue where we’re likely to see a conflict between urban and rural interests, Donovan said. When funding is not available, wealthier areas will be taking on some transportation improvements with local funding, which leaves poorer rural areas on the outside.

“People do drive cars outside of Denver,” she noted.

Funding sources for transportation haven’t changed since 1991, and this is an issue, Donovan said.

Noting that her grandfather was a member of the 10th Mountain Division, Donovan explained she was interested in providing mobile veteran support units which would provide counselors and information on accessing benefits to veterans in remote areas and also the homeless veterans in urban areas.

Finally she pointed out that Colorado prohibits local communities from banning plastics. Although some communities are doing so, they are acting in violation of the law, and Donovan would like to see the restriction removed.

Both McCluskie and Donovan will work together to create a framework for a search-and-rescue bill in what was described as a multiyear process.

Currently search and rescue is composed 100% of volunteers who often spend thousands of dollars a year of their own money on gear, travel and food. The volunteers are aging, and young people aren’t coming forward to volunteer, Donovan said.

“We’re not doing a good job of support, including mental health,” Donovan said.

The first community member to speak up was Bud Elliott, who said he’d like to see the homestead property tax exemption changed so that once someone spends the ten years in a home to qualify for the tax break and then moves to another home, they wouldn’t have to live there ten more years before becoming eligible again.

McCluskie said she isn’t sure such a bill could succeed. The issue would be to separate the person living in their own residence who might rent out one room for a week from the “person from Texas who owns 15 condos in Breckenridge,” she said.