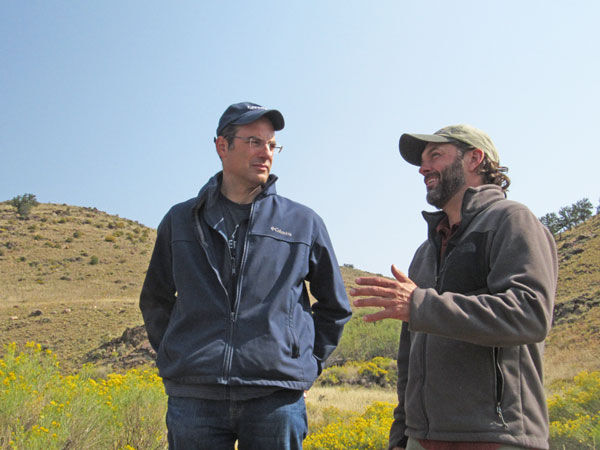 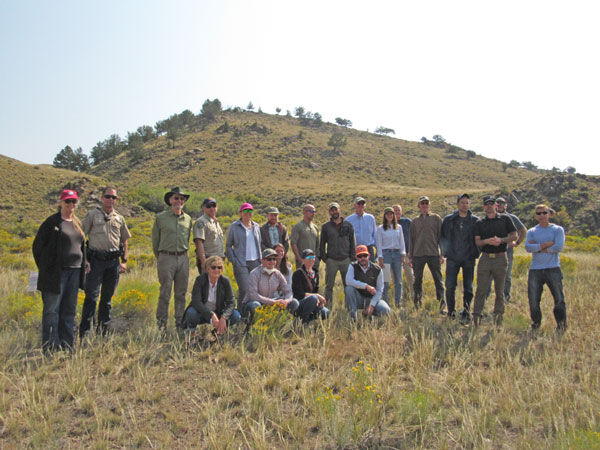 Representatives from various groups, including the Colorado Attorney General’s office,  the Natural Resource Damages Trustees, Colorado Parks and Wildlife, the Central Colorado Conservancy, the Arkansas River Watershed Collaborative and the Lake County Board of County Commissioners pose for a group photo during a landmark tour of Lake County.

Representatives from various groups, including the Colorado Attorney General’s office,  the Natural Resource Damages Trustees, Colorado Parks and Wildlife, the Central Colorado Conservancy, the Arkansas River Watershed Collaborative and the Lake County Board of County Commissioners pose for a group photo during a landmark tour of Lake County.

Colorado Attorney General Phil Weiser visited Leadville on Monday for a tour of Lake County landmarks with the Natural Resource Damages Trustees, a state group that manages funds for environmental remediation throughout the state. Following the tour, the group heard proposals from local watershed stakeholders on how to spend $7.5 million along the Arkansas River.

“Colorado’s natural resources throughout places like Lake County are magnets for tourism and are the pride of this state,” Weiser told the Herald. “We need to protect that. And when those resources are threatened, the responsible parties must be held accountable so remediation work can take place.”

The Natural Resource Damages Trustees (NRDT), who were joined by representatives of the Colorado Attorney General’s office, Colorado Parks and Wildlife, the Central Colorado Conservancy (CCC), the Arkansas River Watershed Collaborative (ARWC) and the Lake County Board of County Commissioners, began their landmark tour at the Robert Emmet Mine in Leadville, where NRDT staff member Doug Jamison spoke of the environmental remediation efforts in California Gulch.

California Gulch was added to the National Priorities list, or Superfund list, in 1983 after the Yak Tunnel, a drainage system for the area’s numerous underground mines, failed, releasing toxic materials that contaminated the area and its surrounding waterways. The U.S. Environmental Protection Agency then began restoration work that continues to this day around Lake County, including riparian habitat repair along the Arkansas River, conservation easements, land acquisitions and upland habitat improvements.

In 2006, NRDT secured $20 million from the Newmont Corporation and Asarco LLC, two previously active mining organizations in central Colorado that were found largely responsible for the environmental damage in Lake County. A good portion of the recovered funds were spent in Lake County for projects along the Arkansas River, and some of the remaining $7.5 million is slated for future projects in the area.

Following Monday’s landmark tour, which included the county-managed Shawn Andrick Memorial Preserve properties along the Arkansas River, where CCC Executive Director Adam Beh spoke of development threats in the area, NRDT met at the National Mining  Hall of Fame and Museum in Leadville for a regular meeting that included spending proposals from local organizations for the $7.5 million.

During the meeting, ARWC representative Carol Ekarius offered a proposal that was developed with Commissioner Sarah Mudge. Ekarius’ proposal outlined 25 projects that are designed to protect the upper Arkansas River watershed in Lake County, including riparian habitat restoration, existing fluvial tailing pipe management, forest mitigation and culvert replacement. The proposal calls for a $5 million match from NRDT for a total cost of $10 million.

Another proposal by Tom Waters, program manager of the Arkansas Headwaters Recreation Area for Colorado Parks and Wildlife, asked for $1.5 million for the deconstruction of a low-level dam near Salida. Beh also added that CCC would file a proposal with NRDT this week. “There are more properties to be acquired,” said Beh, whose organization played a large role in purchasing the Shawn Andrick Memorial Preserve properties for Lake County.

Although NRDT will not make decisions on how the money is spent until the group’s next regular meeting, Weiser told the Herald that he enjoyed his first landmark tour of Lake County and that NRDT is supportive of local initiatives to protect water and the surrounding environment.