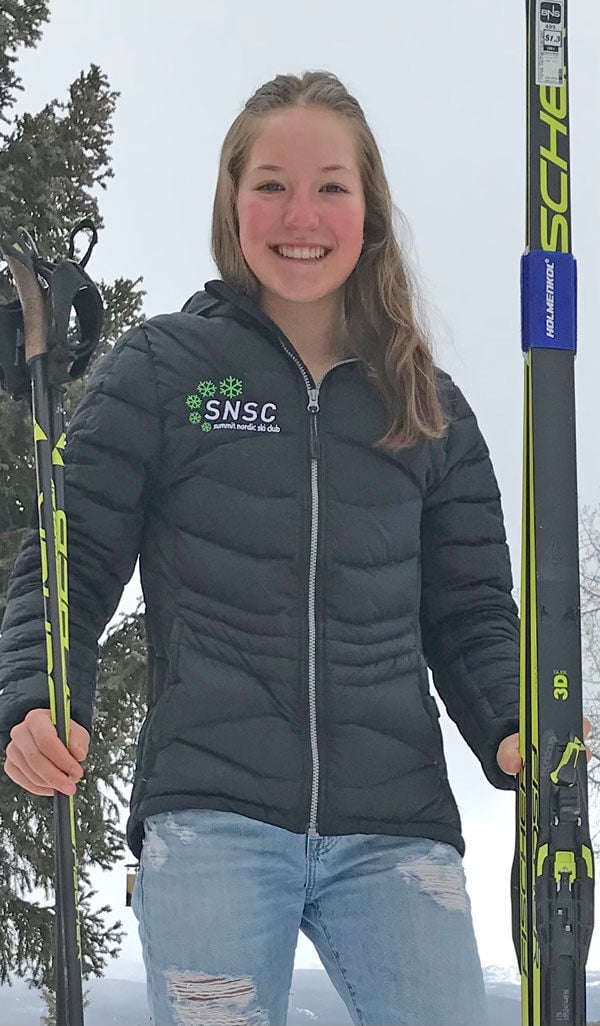 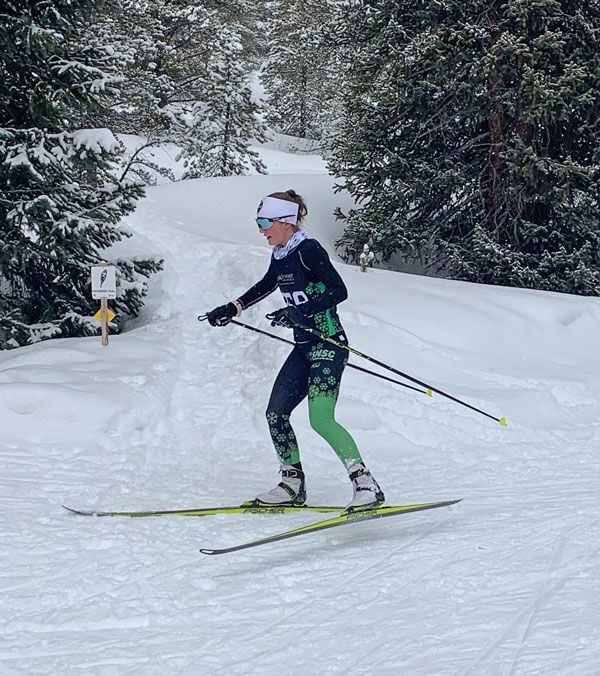 After capping off a Nordic ski season full of big accomplishments, fifteen-year-old Leadville native Nina Schamberger is looking ahead to the future.

Competing with the Summit Nordic Ski Club, Schamberger beat college and professional skiers in the 2020-2021 ski season and is currently nationally and internationally ranked. She accomplished all of this as a high school sophomore. Though she lives in Leadville, Schamberger has done most of her schooling and Nordic ski training in Summit County.

“She has, from a very early age, a drive which is unparalleled. Mental focus has driven her to be above anyone else in her age group,” said Olof Hedberg, head coach of the Summit Nordic Ski Club.

“I’ve had the privilege of being Nina’s coach for seven years. In Nordic skiing, there’s a large component of just hard work. Nina is a very special girl in terms of work discipline, resilience and mental toughness. She is extremely humble, soft-spoken and unassuming until it’s go time. She’s fierce in the ski tracks,” Hedberg added.

Though Schamberger has won a variety of junior and high school level races, the highlight of her career came last February when she won third place in the skate sprint at the Aspen Invitational. Schamberger earned a third place finish not in the junior age category, but for women overall against a wide international field of competitors.

When asked what the highlights of her career have been up to now, Schamberger mentioned competing in Junior Nationals in Alaska two years ago and winning two races at the Western U.S. Junior National Championships at Soldier Hollow, Utah.

But earning that first top three finish in Aspen is her proudest moment to date. “She won a ton of races this year, but that third place is way better,” said Hedberg. “It was the most incredible race I’ve seen — mind-blowing. I was so proud. It’s the highlight for Nina and of my coaching career too.”

“Plus, Nina is ranked number one in the world for her specific age, for all girls born in 2005,” Hedberg said.

According to Schamberger’s mom, Michelle Schamberger, Nina has always been intense.

“Since she was little, she had to do whatever she chose to do, be it school, piano or gymnastics, with commitment and passion,” Michelle explained. “Other than cleaning her room, she never does anything half-assed. Hard work is hard-wired in her little body.”

When the Herald asked Nina Schamberger to reveal the secret of her success, she responded humbly and was quick to express gratitude and share credit.

“Having great coaches who are so knowledgeable and dedicated to my success, them providing the resources to continue to guide me even when things don’t go as planned. Also, the team is a great support network,” Schamberger said. “I’m thankful for my team, my coaches and for the Tennessee Pass Nordic Center where I sometimes train by myself. I do better when I’m focused on what I can do better rather than being focused on beating someone else.”

“Because of Schamberger’s young age, universities are not allowed to approach her yet from a recruiting standpoint,” Hedberg explained. “But as soon as she is old enough, I’m sure she will start to receive scholarship offers from many U.S. universities with very competitive Nordic ski programs. She has a very bright future ahead of her.”