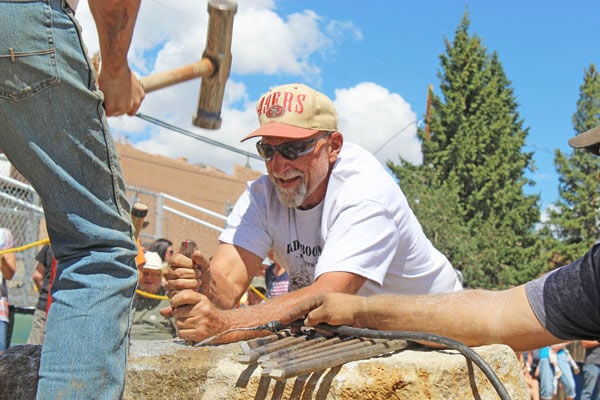 Matt Decker holds onto the steel during the double jack drilling competition. 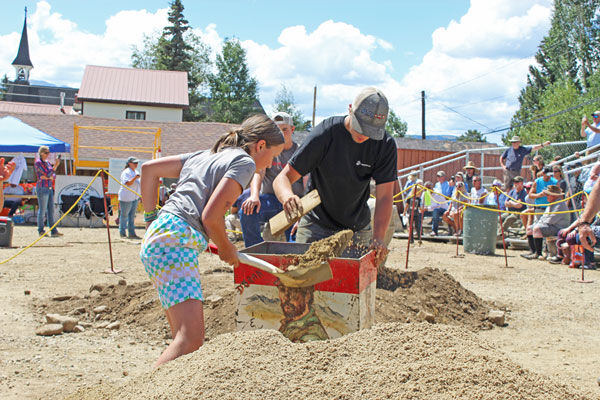 Matt Decker holds onto the steel during the double jack drilling competition.

The Boom Days mining events for both kids and adults were a huge hit this year and attracted spectators all weekend who found themselves on the edge of their seats.

Pattridge and Greg Hosler won the double-jack drilling competition at 19 1/8”.

In the kids’ hand-mucking events, Frankie Nooft took first at 38.60 seconds in the five and six-year-old division.

Any winners who left the event before getting their trophies can contact Sandy Booth at 970-389-9297.