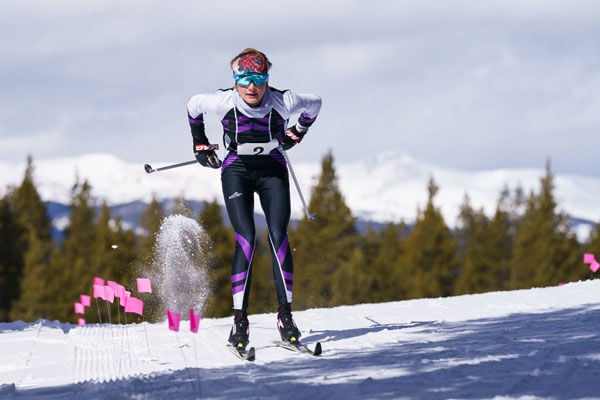 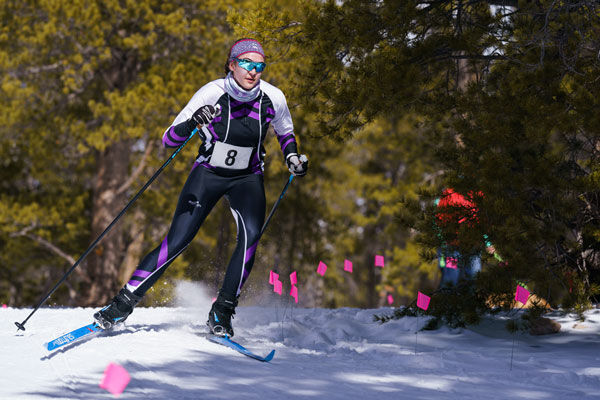 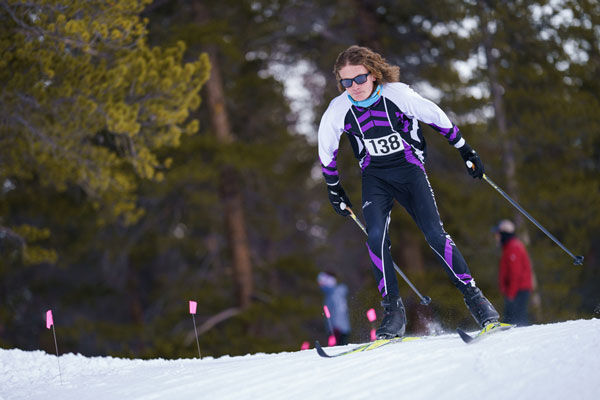 Izayah Baxter rounds the last corner of Colorado Mountain College’s 4.6 km classic course as he speeds towards the finish line.

Izayah Baxter rounds the last corner of Colorado Mountain College’s 4.6 km classic course as he speeds towards the finish line.

On Saturday, the Lake County High School Nordic team competed against seven other schools in a classic race held at Colorado Mountain College. The two lap course featured a couple of sharp climbs, some steady uphills and a fast double pole section.

Assistant Coach Christine Horning remarked, “The skiers were all striding well on the uphills. It’s been great to see their improvement from a few months ago, particularly among the younger skiers.”

Jace Peters led the boys with a fifth place finish, only a few seconds away from second place. Matt Cairns was 17th and Josiah Horning was 23rd. Elijah Wilcox placed 35th, Izayah Baxter was 43rd and Desmond Sandoval was 48th. As a team, the boys were fourth of eight schools.

“This was the first time we’ve had all six boys able to race,” Athletic Director Mike Vagher noted. “It was nice to see how they stacked up as a team.”

The race was possible due to the support of Colorado Mountain College and the grooming provided by the college’s Ski Area Operations program. “The students did a fantastic job of making sure the race course was ready to go and setting a beautiful track,” said Coach Karl Remsen. “ Many skiers from other teams mentioned how much fun this race was.”

The Panthers will next compete in a skate race in Steamboat Springs on Friday as their final regular season race.