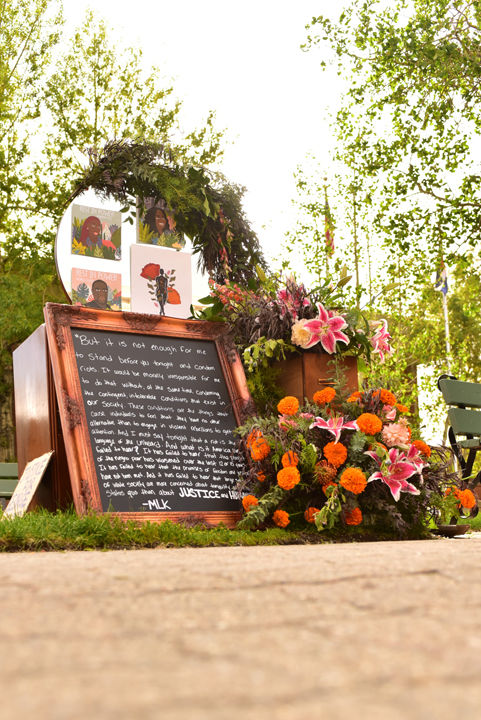 A floral arrangement including artistic depictions of Breonna Taylor, Dominique Fells and George Floyd, and a quote from Martin Luther King Jr. serve as a memorial at last Sunday’s protest. 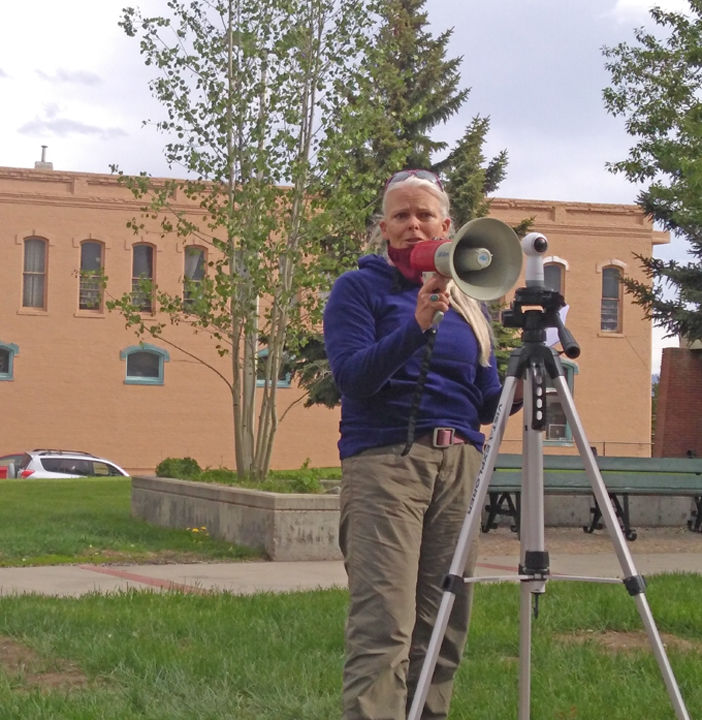 A floral arrangement including artistic depictions of Breonna Taylor, Dominique Fells and George Floyd, and a quote from Martin Luther King Jr. serve as a memorial at last Sunday’s protest.

Community members and organizers hosted a variety of events last week in support of the ongoing movement for Black lives across the country. The events, which followed several days of protests earlier in the month, aimed to help spur conversations about racism, its impacts and how to confront it locally.

The gatherings were held each night last week from 5-7 p.m. and included interactive exhibits, protests, educational materials, artwork and public addresses from local officials. While the platforms were different, each event continued conversations about racism, its impacts, and what the community can do to change how such issues affect residents of Lake County.

On Monday, organizers set up signs and information about People of Color in the outdoor industry, followed by a youth empowerment meeting on Tuesday.

Wednesday, an interactive display was set up on the courthouse lawn that aimed to educate participants about how racism affects a broad range of institutions and social interactions, and how those inequities impact people.

On Thursday, participants gathered at Ice Palace park to create artwork and signs for upcoming events throughout the rest of the week. Friday, people gathered to learn about and discuss the history of Juneteenth, a yet-to-be federally recognized holiday celebrating the emancipation of slaves in the United States.

The week’s efforts led up to Saturday’s event which brought out local officials to discuss what the city can do to address systemic racism and police reform.

Lauritzen, after pointing out insufficiencies in police training around anti-biased policing practices, suggested that local law enforcement be required to take a class on history and race at Colorado Mountain College. Additionally, she proposed that the city adopt a code of conduct policy for how the chief of police interacts with the public.

Last Tuesday, while addressing City Council, local Bud Elliott made a similar suggestion to the city, encouraging them to hire a consultant to educate Chief of Police Saige Bertolas on the history of race in the United States and how it informs modern policing.

Labbe, as well as other organizers and city officials, discussed re-establishing the citizen advisory board formed by former Chief of Police Rob Glenny. Lauritzen asserted that the board should be able discipline law enforcement officers that violate policy or codes of conduct, not just give advice.

Though Bertolas and Sheriff Amy Reyes were invited to Saturday’s event, they were not present, nor did they issue written statements.

Sunday evening marked the end of the week’s events with a protest and memorial honoring Black people killed by police in the U.S.

Destinee Lukianoff, an organizer of Saturday’s event, said she was encouraged by the amount of effort community members put into organizing and participating in the week’s demonstrations. This sentiment was echoed by Stephanie Brandt, another organizer who helped orchestrate the events.

“I feel an overwhelming sensation of joy and gratitude,” Brandt said to participants at Friday’s event, looking back at how many people got involved over the course of the week.

Moving forward, locals said they are preparing for prolonged effort and challenges in addressing racism in Leadville and Lake County.

Lupe Bobadilla urged participants at Friday’s Juneteenth event to remember that the work does not stop after statements are issued or people undergo diversity training, and that it will take a long time to see effects.

“It is our duty to educate ourselves,” Bobadilla said in emphasizing the importance of continuing to confront racism.

“I think this is where the hard work happens,” she said.