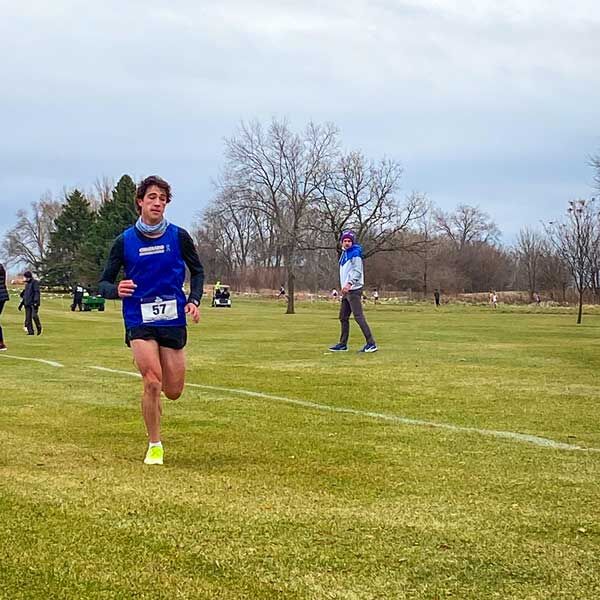 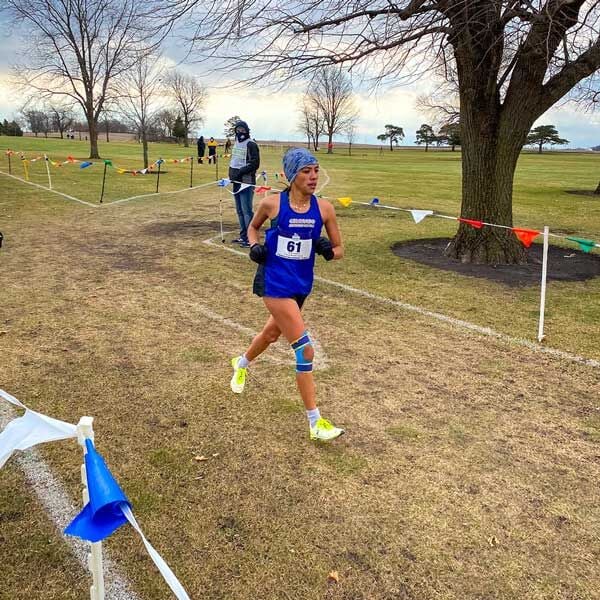 Colorado Mountain College runner Anayeli Almanza competes at the National Junior College Athletic Association’s nationals. This is the first year that women have competed on the CMC team.

Colorado Mountain College runner Anayeli Almanza competes at the National Junior College Athletic Association’s nationals. This is the first year that women have competed on the CMC team.

The Colorado Mountain College Eagles cross-country running team completed their season at the National Junior College Athletic Association’s Division 1 Men’s and Women’s Cross-Country 2020 Championships. The team traveled to Iowa to compete against over 250 college runners during the Nov. 14 meet.

Following the nationals, the men improved their ranking to 13th place overall, and the women finished 15th overall.

In the men’s 8K, second-year runner Jason Macaluso from Vail (Battle Mountain High School) led CMC’s team. His time of 27:59.39 was his season best and earned him 56th overall, in the field of 150 runners. Luke Plummer (Seymour, Indiana) was CMC’s second overall finisher in 78th place, running a personal best time of 28:32.03. Finishing third for the men was second-year runner Jack Setser (Wichita, Kansas). His time of 28:37.99 was a one-minute personal record, putting him at 81st overall.

“This was only Ember’s second race of the season,” said Brungardt, “but her gutsy performance allowed the women to finish in the team scoring for only the second time in the program’s history.”

Now in its second year, CMC’s cross-country running team joins the college’s previous and current student-athletes who have participated in sports.

“This race will be the foundation for the team moving forward,” said Brungardt. “The college’s cross-country team and our Alpine ski team based in Steamboat Springs are our versions of football and basketball at other colleges and universities across the country.”

“We are so grateful for the support we had from the CMC community,” said Angela Dunn, CMC athletic director. “Nationals was a fantastic experience that I know our student-athletes will remember for the rest of their lives.”