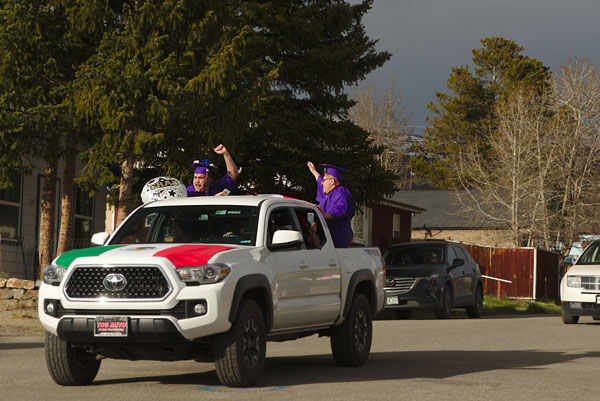 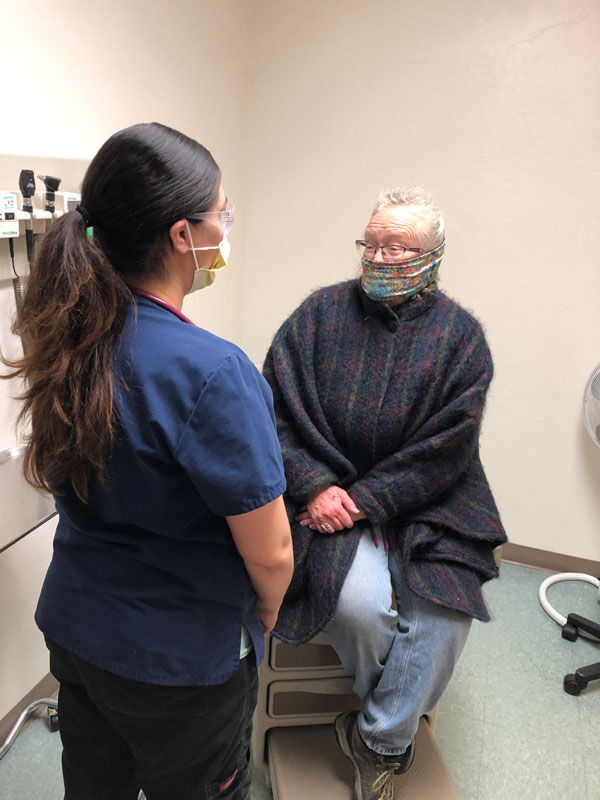 Annie Livingston-Garrett receives counseling from Annette Barela before being tested for COVID-19. 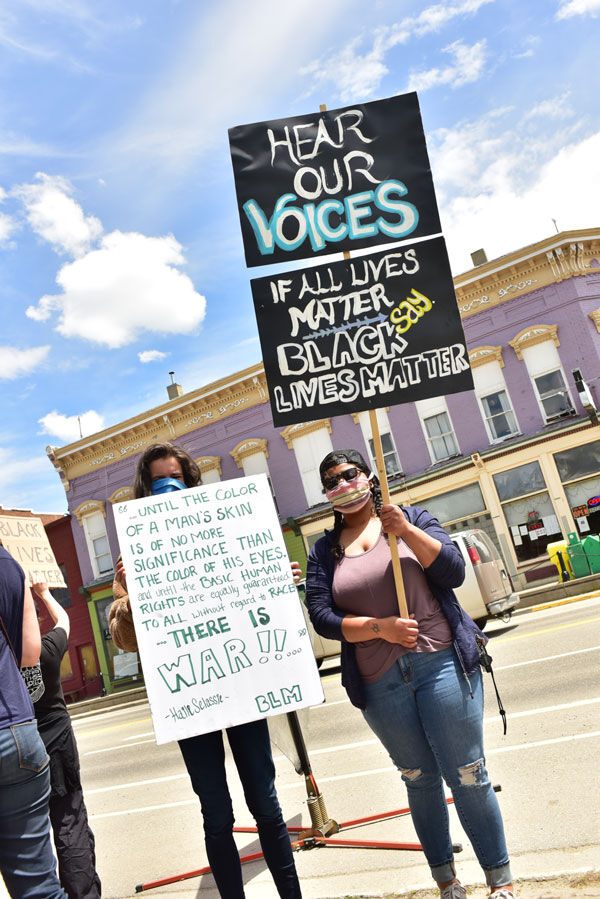 Allie Moreau, left, and Stephanie Brandt, right, hold signs at a demonstration in support of the Black Lives Matter movement. 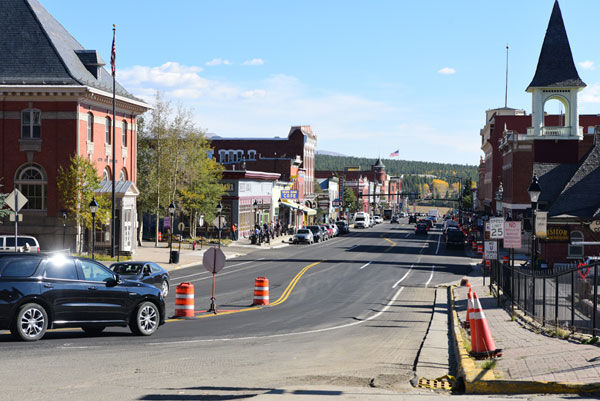 Annie Livingston-Garrett receives counseling from Annette Barela before being tested for COVID-19.

Allie Moreau, left, and Stephanie Brandt, right, hold signs at a demonstration in support of the Black Lives Matter movement.

The Board of County Commissioners invoke eminent domain, granting county workers access to a vacant site owned by Union Pacific Railroad at the corner of Harrison Avenue and Monroe Street. The site is under consideration for the construction of a new justice center.

Attorney Chris Floyd is appointed as municipal judge for the City of Leadville.

Life Time cancels all Leadville Race Series events due to the pandemic.

Work resumes on the intersection improvement project at U.S. 24 and Mountain View Drive. The project, which was a partnership between the City of Leadville, High Country Developers LLC, and Colorado Department of Transportation, is completed later in the summer.

The Board of County Commissioners cancels all special event permits through September, including Boom Days and Tabor Opera House events.

Colorado Mountain College holds its first virtual commencement in the institution’s history. Jen McLaren, the president of Smartwool, serves as the keynote speaker for the Leadville and Salida campuses.

Lake County School District breaks ground on the new preschool through grade two school that will replace West Park Elementary School. The school is set to open in August of 2021.

A severed bear foot is found on the Lake County Courthouse lawn. The foot was originally mistaken for a human appendage.

The Board of County Commissioners announces that a parcel within the Railyard development is under consideration as a potential site for the new justice center facility.

Locals rally outside the Lake County Courthouse to condemn police brutality and racism in the United States. The weekly demonstrations continue through the fall.

Trail crews begin a second season of work on the realignment of Mount Elbert’s south trail.

Businesses work with Lake County Public Health Agency to gradually reopen in a safe manner. Many restaurants, event centers and places of worship reopen at 50% capacity.

Immigration and Customs Enforcement carry out an unsuccessful search at Mountain View Village mobile home park. The agency does not release the name of the person they were searching for.

The first phase of an estimated $10 million rehabilitation begins at the Tabor Opera House.

The Board of County Commissioners moves forward on the south fire station project. The board determine shortfalls and hires a new project manager.

Community members organize a variety of events, including interactive exhibits, protests and public addresses, in support of the ongoing movement for Black lives.

Sally Glaser waives her right to speedy trial to allow for in-person proceedings. The trail is set to take place Jan. 19 through Jan. 29.

Lake County begins to relax COVID-19 restrictions on businesses as it enters what local public health officials describe as its “responsible reopening” phase.

Leadville suspends its sale of private parking signage that full-time residents use to reserve parking on city streets near Harrison Avenue.

Rockies Rock day camp embarks on another season with changes to its programming to allow for safe participation during the pandemic.

Work on a new training facility for firefighters and police on County Road 11 ramps up as Leadville/Lake County Fire-Rescue purchases shipping containers to finish construction.

Lake County School District delays starting its academic year as the Board of Education weighs in-person education options against the risks of COVID-19.

The National Mining Hall of Fame begins the restoration of the hoist house at Matchless Mine.

The Leadville Urban Renewal Authority approves subsidies of up to $4 million for the Railyard housing development.

Harrison Avenue is milled by the Colorado Department of Transportation in preparation for repaving nearly two miles of U.S. 24 through Leadville.

The Twin Lakes Visitor Center is operated entirely by local volunteers for the season in an effort to remain open during the pandemic.

A crowd of cyclists gathers at the traditional starting line of the Leadville Trail 100 MTB course despite the race being officially cancelled.

Maria Day is sentenced to 54 years to be served concurrently for the murder of John Martinez.