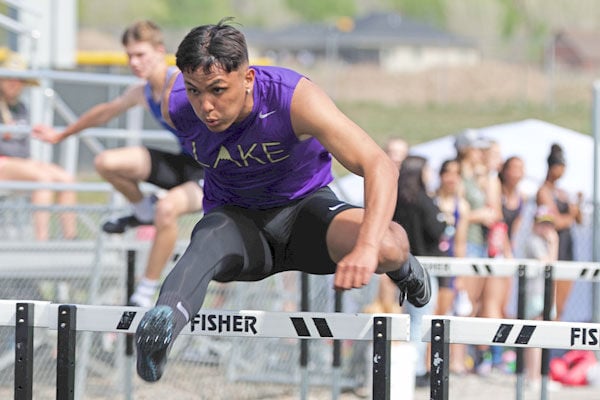 Anthony Martinez jumps his way to victory in the 110 meter hurdles. Martinez also placed first in the 100 meter dash. 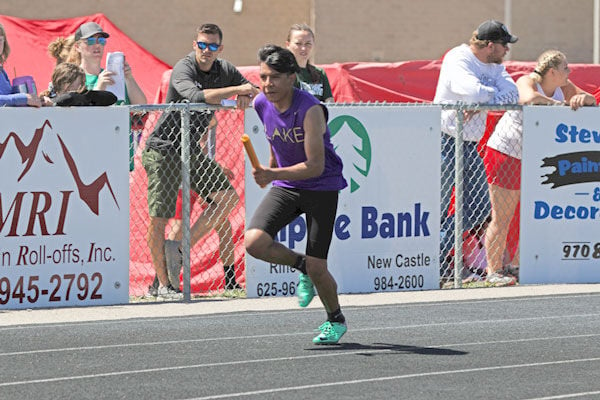 Angel Fierro takes off on the lead leg of the 4x200 meter relay. 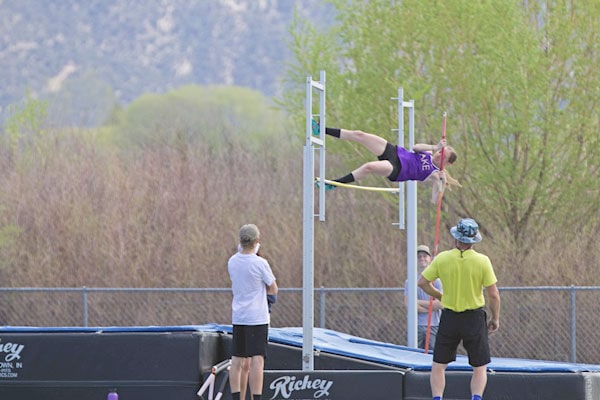 Anthony Martinez jumps his way to victory in the 110 meter hurdles. Martinez also placed first in the 100 meter dash.

Angel Fierro takes off on the lead leg of the 4x200 meter relay.

On Friday, May 7, the Lake County High School Track and Field team returned to action after almost two years. They participated in the Rifle Invitational, held at Coal Ridge High School, along with 13 other 2A and 3A division schools.

Lake County saw champions in three events throughout the day. Senior Anthony Martinez hurdled to victory in the 110 meter event and was the fastest man of the day in the 100 meter dash. Martinez’s times of 15.60 seconds in the hurdles and 11.51 seconds in the 100 meter are the current leading marks for Colorado 2A teams. Peters charged into the lead on the third lap of the 1600 meter run to get the win and a personal best time of four minutes, 55 seconds.

The Lady Panthers also looked strong in the girls 1600 meter run.  The Horning sisters took third and fourth place, both crossing the finish line in 5:57. Freshman Keira King ran 6:07 for fifth place, and Violet Hill, another freshman, was seventh in 6:31.

The same four girls teamed up to run the 4x800 meter relay. The Panthers relay team placed second with a 2A state-leading time of 11:20.

Martinez leaped 19’8. 75” in the long jump to take fifth place. On the ladies’ side, Marruffo’s jump of 14’ 11.75” was enough to put her in sixth place. Junior Angel Fierro accomplished sixth place in the triple jump by reaching 33’ 2”, and junior Morgan Holm took ninth with her personal best triple jump of 26’ 8.75”.

Fierro, Tarango, Abel Gonzales and Peters finished fourth in the 4x400 meter relay with an overall time of 4:06. In the ladies’ 4x400 meter relay, the Horning sisters, Hill and Kaytlin Sprague ran 4:58 for fifth place.

Krysta Roeder, Makayla Arellano, Maya Mendoza and Jaycee Windorski teamed up to take fifth place in the 4x200 meter relay in a time of 2:05. Fierro, Ivan Liewer, Gonzales and Cody Hall represented Lake County in the men’s 4x200 meter relay. They were eighth in 1:48.

In the overall team competitions, the Lake County boys placed third and the ladies finished sixth.