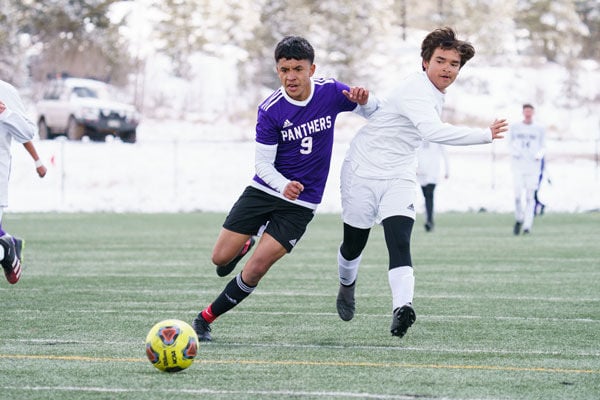 Panthers soccer player Javier Lazaro fights for position as he chases down a loose ball. 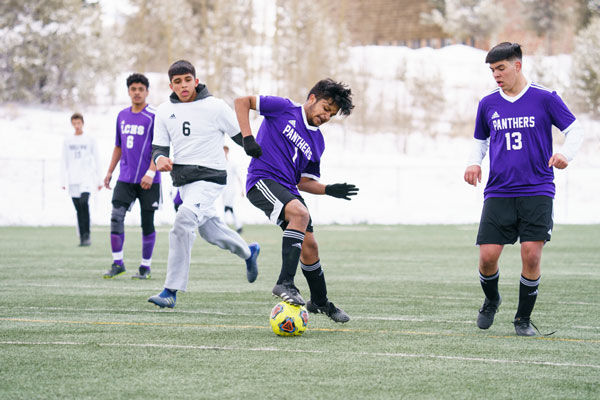 Hugo Aparicio completes a quick stop and pivot as he moves towards the goal.

Panthers soccer player Javier Lazaro fights for position as he chases down a loose ball.

Hugo Aparicio completes a quick stop and pivot as he moves towards the goal.

The Lake County High School boys soccer team played its final game of the season on Wednesday, April 14 against The Pinnacle Charter School in Federal Heights.

The Panthers lost the game 2-1 after scoring an early first half goal that went unanswered until the second half. Pinnacle then scored its two goals of the game.

The boys team ended the season with two wins and five loses, although Coach Erik Rodriguez said he is working on scheduling a few scrimmages against nearby teams.

“It was a short season with a small team,” said Rodriguez. “But the guys held up like champs every game and played with heart.”