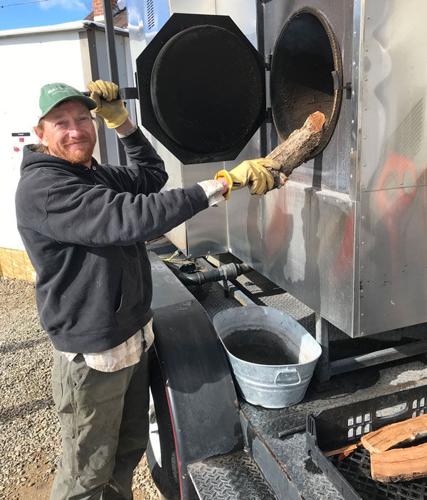 Harvey Craig, owner and operator of Moe’s Original BBQ, prepares to throw a stick of applewood into the smoker at the restaurant’s lot on East Sixth Street. 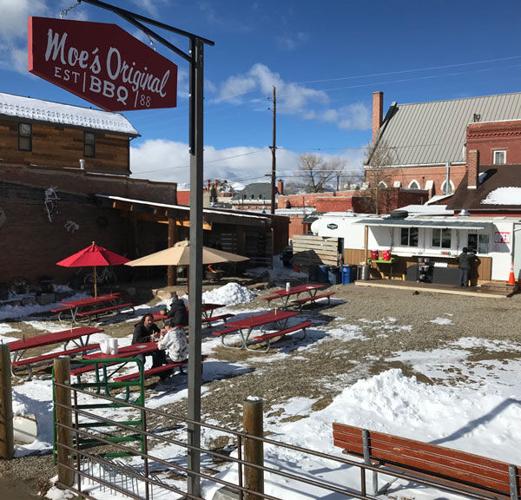 Harvey Craig, owner and operator of Moe’s Original BBQ, prepares to throw a stick of applewood into the smoker at the restaurant’s lot on East Sixth Street.

Exactly 20 years ago, when the very first Moe’s Original BBQ restaurants were opened in Minturn and Edwards, Harvey Craig was working on the ground to help the founders get established.

As an engineer with a construction background, Craig provided much-needed support with renovations and with creating the right facilities to cook and serve authentic Alabama-style barbecue in the mountains of Colorado. He continued to help Moe’s as the franchise moved and expanded to Eagle-Vail and Lionshead Village.

The very first catering trailer that Moe’s renovated and utilized in 2002 now sits on a spacious lot dotted with picnic tables and umbrellas on East Sixth Street with Harvey Craig as its owner and operator. Some might call it a bit of a homecoming while still a new marriage. And though Craig has lived in Lake County for about a decade, Moe’s is the first restaurant he has owned and operated.

With over 60 locations nationwide, Leadville is now home to the newest location of “MOB” (Moe’s Original BBQ). The Leadville branch officially opened for business on Aug. 6 of this year.

“With zero advertising, day one we crushed it,” Craig said. “Leadville has been very gracious. Everyone seems very happy that we’re here.”

Craig went on to discuss all the support he has received from the national Moe’s Original BBQ network. “Everyone has been so supportive. The trailer, the smoker, whatever I needed,” Craig said.

“This is Alabama-style barbecue, which means not so spicy, but more on the sweeter side,” Craig explained. “It’s mostly pork (pulled pork and ribs) and also smoked turkey. We’re focused on fresh and simple. All the food is smoked and cooked here on-site, cooked fresh daily, all except for the Lays potato chips,” Craig said with a big proud smile. “And we use all the original Moe’s recipes.”

Craig described Moe’s Original BBQ as more of a “friendchise” than a franchise because each location has its own customized menu. As to be expected, Leadville Moe’s has had to make slight changes due to the altitude.

At the moment, Moe’s offers basic walk-up services, but plans to establish a phone line and website for customers to call in orders and place orders online. The restaurant plans to be open year-round, and there are plans in the works to offer adequate sheltered seating throughout the winter.

“We’re looking at a few different possible ways to do that. Haven’t settled on anything yet,” Craig said. A liquor licence is also in the works to serve beer and wine. “Then we’ll really be poised and ready for next summer,” he said. “We have a really great staff with a good culture of teamwork and mutual support.”

“I like the food. They do a very good job,” said Lake County resident and Alabama native Bill Moor. “It really reminds me of home.”

As of now, Moe’s is only open for lunch, but Craig hopes to add dinner shifts some time after Thanksgiving. Craig will offer catered Alabama-style smoked turkey and fixin’s for at-home Thanksgiving meals this year. Contact him at leadville@moesoriginalbbq.com to place an order.