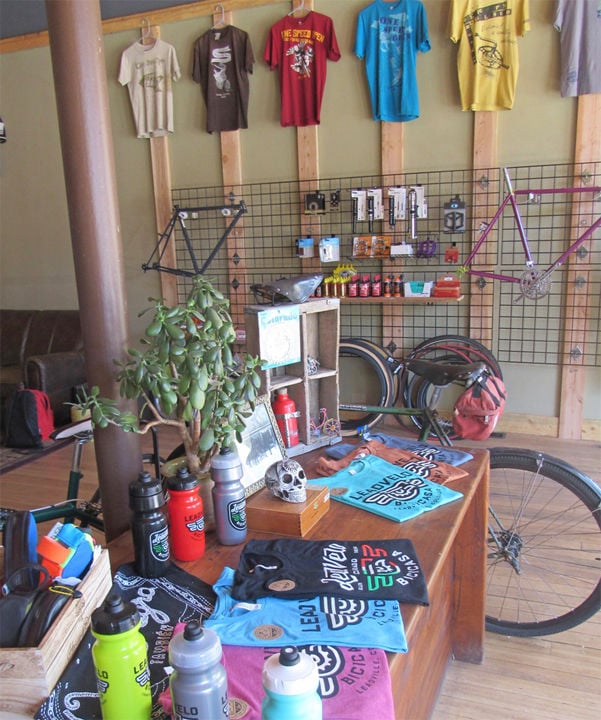 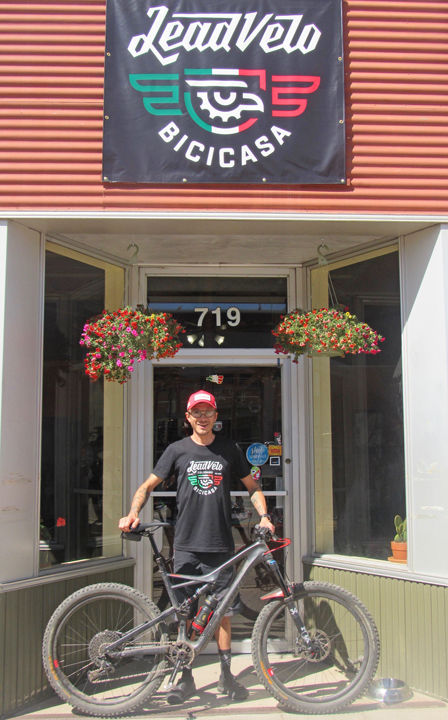 Bikes have carried Rafael Millan-Garcia from the streets of Mexico City to the top of the Rocky Mountains, from job to job, from home to home. “Life invites me and I go along with it on my bicycle,” he said.

When Millan-Garcia was growing up in Mexico City, he would often bike to an avenue filled with family-owned bicycle shops, or bicicasas, with his father. Decades later, Millan-Garcia is now the proud owner of Leadvelo Bicicasa, his own “all-bikes, all-people” shop.

When Millan-Garcia first arrived in Colorado on a bike trip 17 years ago, a snowstorm left him stranded in Fort Collins His bike trip came to an abrupt end and a new path began to emerge.

As the snow melted in Fort Collins, Millan-Garcia began to earn a reputation as a master bike mechanic. He spent the summer racing, fixing friends’ bikes and teaching others how to execute their own repairs.

Millan-Garcia never forgot that Fort Collins had embraced him, a homeless traveller with a bike and a dog, in the dead of winter. He wanted to return the favor.

In 2003, Millan-Garcia started the Fort Collins Bike Co-op. For a decade, he grew the co-op to include an earn-a-bike program, open-shop hours with professional mechanics and a retail store full of refurbished bikes and bike parts.

After leading the co-op for ten years, Millan-Garcia was ready to move on. “My hands began to look like princess hands ... I just wanted to wrench and ride bikes again.”

In 2012, Millan-Garcia rode south to Salida, his life possessions and dog Rosco bumping along behind him in an attached trailer. He worked as SubCulture Cyclery’s service manager for seven years before moving to Leadville.

For Millan-Garcia, Leadvelo Bicicasa is the culmination of decades of bike-powered adventure and professional work, experiences that have taught him to not discriminate towards people or bikes.

From rusty road cruisers and top-of-the-line mountain bikes to vintage fixed-gear setups, e-bikes and bikepacking rigs, Millan-Garcia will service them all. He also hopes to offer a diverse inventory of for-sale and rental-bike options for all ages, experience levels and incomes.

Milk crates of used bike parts line Leadvelo’s back room and dozens of pre-pedaled bikes sit in the building’s basement. When the summer season slows, the shop owner will begin to refurbish his used collection and put them up for sale at an affordable price.

“I don’t want to be a roadie shop or a mountain-bike shop,” Millan-Garcia told the Herald. “We are an anything-goes bike shop.”

The shop owner also aims to welcome Lake County’s Latino community to the store through a bilingual social media presence and community events.

“I’ve been cycling since before I learned English,” he said. “It’s so important to me for all people to feel included and welcome here. Mi bicicasa es su casa.”

When Millan-Garcia rewinds to his childhood days spent darting through Mexico City’s traffic and downhill racing, he would never have imagined that one day he would own a bicicasa in the United States’ highest town.

“It’s been such a gift, it does not feel real,” Millan-Garcia told the Herald. “This is paradise.”

Awesome!! Can't wait to visit the shop and bring you hugs and greetings from Fort Collins!!