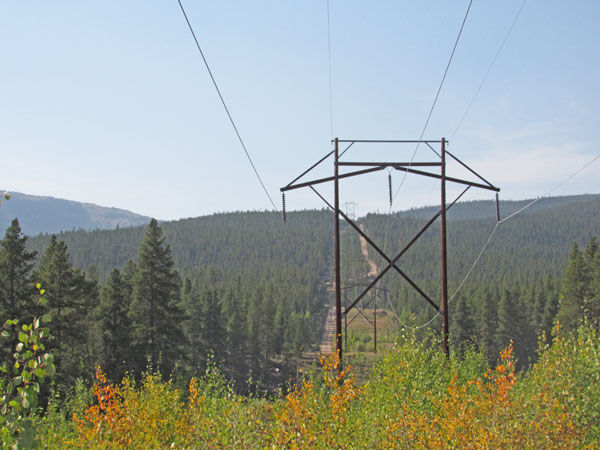 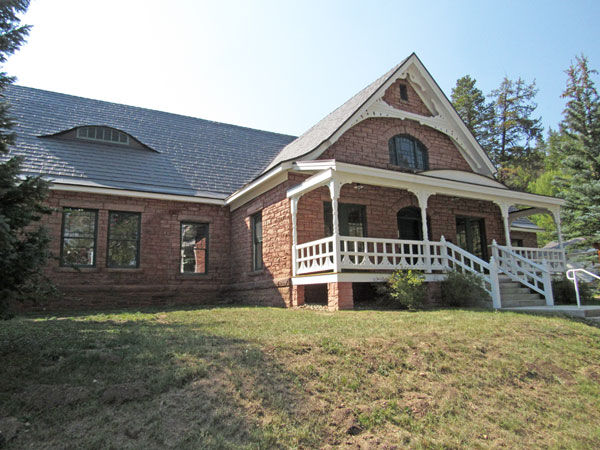 The Leadville National Fish Hatchery, which was built in 1889, is among several irreplaceable historic buildings in Lake County. 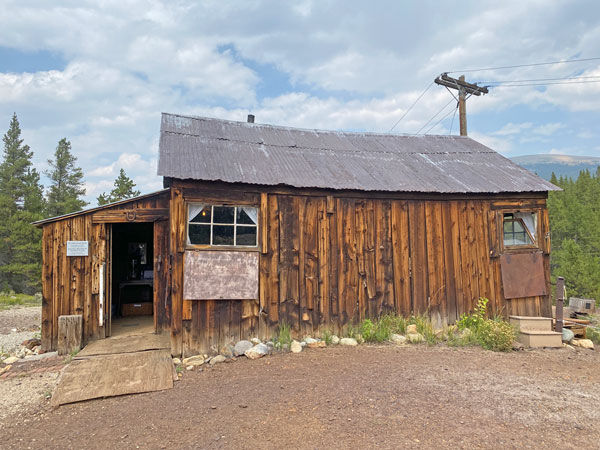 The Matchless Mine east of Leadville attracts thousands of tourists and locals alike each year and like much of the history infrastructure in Lake County is susceptible to forest fires. 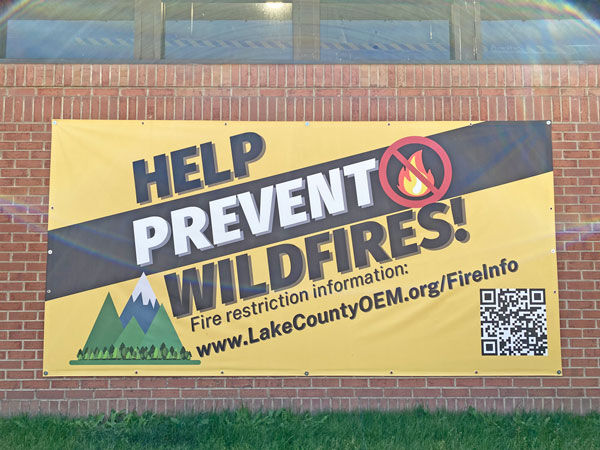 A sign posted on the Leadville/Lake County Fire-Rescue building informs visitors of fire information as they drive into town. Nearly 2,000 visitors interacted with the sign’s QR code this summer, increasing Lake County Office of Emergency Management’s website visits by 400 percent.

The Leadville National Fish Hatchery, which was built in 1889, is among several irreplaceable historic buildings in Lake County.

The Matchless Mine east of Leadville attracts thousands of tourists and locals alike each year and like much of the history infrastructure in Lake County is susceptible to forest fires.

A sign posted on the Leadville/Lake County Fire-Rescue building informs visitors of fire information as they drive into town. Nearly 2,000 visitors interacted with the sign’s QR code this summer, increasing Lake County Office of Emergency Management’s website visits by 400 percent.

From the miles of electric power lines that keep Lake County running to the century-old mining encampments that drive tourism and uphold the county’s reputation as a unique destination, our forests are teeming with infrastructure that is highly susceptible to wildfire.

Responses to the Lake County Community Wildfire Recreation Survey, which circulated local inboxes earlier this summer, identified infrastructure as one of the most pressing challenges for Lake County when it comes to defending against wildfire.

Nearly 85 percent of respondents said that protecting infrastructure, like cell phone towers, power lines and roads, was either important or extremely important. But Lake County’s infrastructure extends beyond utilitarian purposes to include recreational and historic infrastructure like trails, scenic views and old structures, which drive tourism and keep locals inhabiting Lake County.

Survey results showed that 62 percent of Lake County citizens support protecting forest recreation, which includes trails and campgrounds, while another 63 percent support protecting scenic views, which are bountiful throughout Lake County. And although historic structures were not specifically mentioned in the survey, 62 percent of respondents support upholding Lake County’s tourism and economy, which is largely driven by the county’s historic infrastructure.

Like with many topics the Herald has reported on in “Our Forests,” preventative forest mitigation efforts remain the most effective way to protect Lake County’s infrastructure, and many such projects are currently underway. Power lines and cell phone towers can be rebuilt at a cost in the event of fire, but much of what Lake County considers infrastructure is irreplaceable.

As the primary utility company in Lake County, Xcel Energy plays a substantial role in protecting utilitarian infrastructure that serves homes and businesses throughout the county.

According to Sandra Johnson, project director for Xcel’s Wildfire Protection Program (WPP), the utility manages roughly 230 miles of  overhead transmission within the county, which mostly includes electrical power lines. Of that 230 miles, only 25 are considered to be in a wildfire risk zone where there are high levels of vegetation and thick stands of trees. Even though only a fraction of Xcel’s power lines are deemed at risk, some transformers have a tendency to spark and emit what Johnson called “hot material.”

“A few years ago, we set out to make sure that none of Xcel’s facilities were going to cause a fire,” said Johnson. What emerged in 2018 was the company’s WPP, which seeks to assess and enhance infrastructure the utility manages throughout Colorado. Since rolling out the program, Xcel has focused its efforts on electric power lines by not only preventing system-related incidents that would spark a fire, but also cutting back vegetation on a regular basis.

To assess infrastructure, Xcel’s initial effort when the WPP began, the utility created a map of the infrastructure it maintains and cross referenced it with the Colorado Wildfire Risk Assessment Portal, a Colorado State Forest Service web-mapping tool that identifies vulnerable areas throughout the state.

Then, a variety of tactics are used to analyze infrastructure, including infrared instruments that allow crews to identify parts of a system that are particularly hot, an indication of failure and possible sparking, which could lead to fire. The company also uses drones to analyze damages and other indications of system failure before they occur. Last year, Xcel vetted over 10,000 poles throughout the state by drone.

“We want to get our eyes on the infrastructure,” said Johnson. “Then we can take steps to enhance our systems and mitigate the risk.”

Fletcher Johnson, Xcel’s director of vegetation for the WPP, said mitigation efforts are as much about maintaining forests as they are infrastructure. Approximately every four years, Xcel crews set out to maintain defensible spaces around poles and cut down nearby dead trees. Every two years, such areas are revisited to assure that there is 10 feet of defensible space between poles and vegetation.

During active fires, Xcel maintains an enterprise command center that is continuously staffed to assess wildfire’s threat to infrastructure. If a fire is approaching infrastructure, the utility sends staff to the area to assess the situation. According to Sandra Johnson, staff has responded to fires throughout Colorado nearly 200 times this summer.

Although a variety of entities maintain recreation infrastructure throughout Lake County, which can include trails, campgrounds and vault bathrooms, the tactics used to protect such infrastructure are similar.

“For the most part, people want