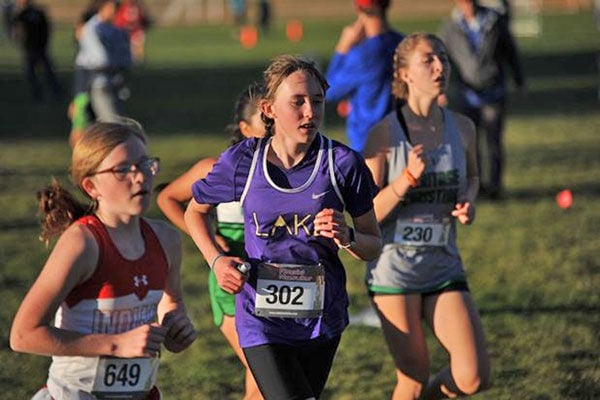 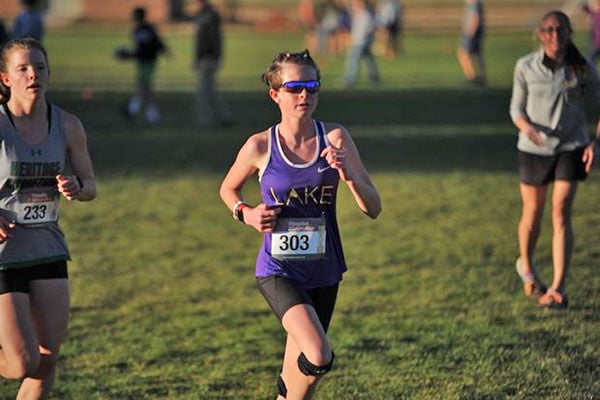 Lyons High School hosted the 2A Region 1 cross-country meet on Thursday, Oct. 21. Lake County High School showed up with two major goals: to qualify for the state cross-country championships and to defend the women’s team title that they won in 2020.

In order to accomplish the first goal, the Panthers had to be one of the top five teams out of 16 competing. Individual athletes could also earn a spot in the state meet by finishing as one of the top 15 harriers in the race. The second goal required overcoming Heritage Christian High School and Lyons High School, two schools with consistently strong running programs and talented individual runners.

The goals became more challenging when Lake County’s top two female athletes had to pull out of the meet for health reasons. Fortunately, there were plenty of Panthers ready to step up and fill their spikes.

Ella Bullock fought near the front of the race, finishing fourth in 21 minutes, 44 seconds. Violet Hill ran two minutes faster this year than she did on this course in 2020. She ended up in sixth place with a time of 21:56. Clara Kirr brought home a top-15 ribbon with her 11th place finish and time of 22:53. With a strong move halfway through the 5K race, Indigo Olsen created enough space between herself and the fourth Heritage Christian runner to ensure Lake County another team victory.  Olsen took 17th in 23:41. Brynna Lenhard also demonstrated significant improvement from 2020 by placing 25th in 24:10. Only three places behind, Amara Olsen completed the course in 24:32. Grace Bunch and Susie Bullock came in 36th and 38th respectively, with times of 25:56 and 26:04.

The Panther women retained their regional champion title by a slim three-point margin.

“Our girls team isn’t strong because we have an all-star runner. We are a great team because we have a deep pack of girls who work really hard and race with lots of heart,” said teammate Adele Horning.

In the men’s race, junior Jace Peters finished third in 17:17, 38 seconds faster than last year’s regional time, guaranteeing himself a trip to the state championship. Sophomore Abel Gonzales wrapped up his season with a 48th place finish and a time of 21:12. Desmond Sandoval, a senior, showcased a strong last mile to cross the finish line in 23:32 and 65th place. Just behind, freshman Matthew Wilson placed 66th in 23:42. Samuel Missey, another freshman, took 85th in 28:50. As a team, the Panther men finished tenth.

Peters and six Panther women will face off against Colorado’s top 2A runners at Norris Penrose Event Center in Colorado Springs for the final competition of the season on Saturday, Oct. 30.