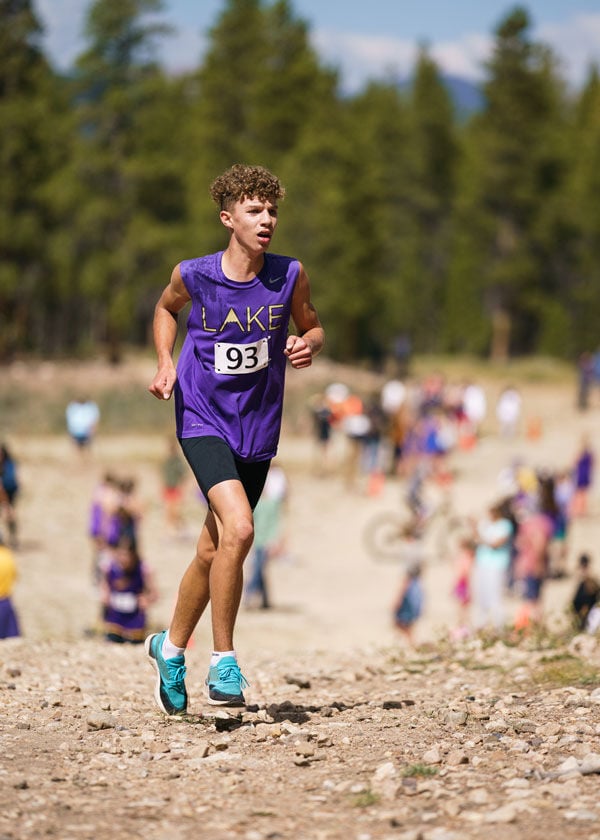 Panthers varsity cross-country athlete Matthew Wilson runs to the finish line with a time of 26:35 in the Lake County XC Invitational held at Colorado Mountain College last Saturday. More coverage of the cross-country meet is found on pages 21 and 22. 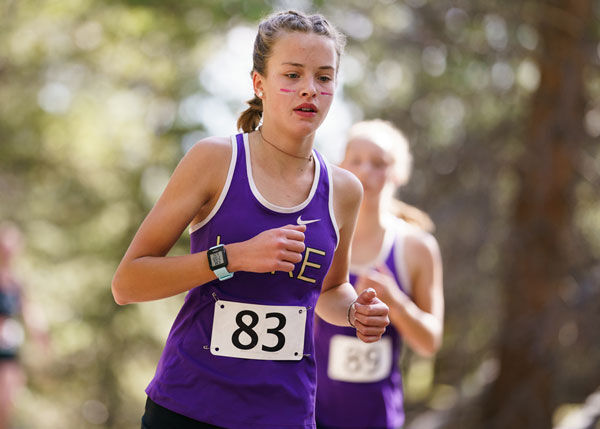 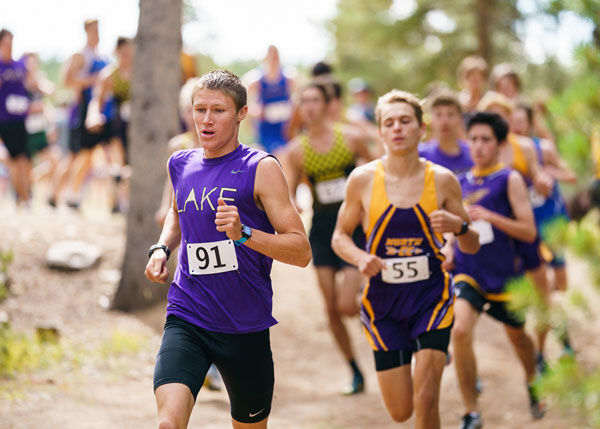 Panthers varsity cross-country athlete Matthew Wilson runs to the finish line with a time of 26:35 in the Lake County XC Invitational held at Colorado Mountain College last Saturday. More coverage of the cross-country meet is found on pages 21 and 22.

The Panthers cross-country teams hosted the Lake County XC Invitational on the beautiful trails at Colorado Mountain College last Saturday. Ten high schools (of the 2A, 3A and 4A varieties) and seven middle schools participated in the competition.

Lake County runners placed well in every race in which they participated.

The junior varsity (JV) ladies were the first division to run the 5 kilometer course. Indigo Olsen improved her personal record (PR) by almost a minute and a half, taking fifth place in 27 minutes, 41 seconds. Running in her first high school race, Susie Bullock finished eighth in 28:04. Grace Bunch cut 49 seconds off her PR to run 28:52 for 11th place. Tal Sheleg accomplished the biggest time drop of the day. She shaved 2:20 off her PR to reach 30:00 and finish in 13th place. Amara Olsen completed her first high school competition in 30:14 and 15th place among the 29 runners in the field.

The varsity women were next to take to the course. Adele Horning and Keira King looked strong at the front of the race. They finished second and third respectively, with times of 22:15 and 22:35. Ella Bullock, Clara Kirr and Violet Hill all brought home medals for being in the top 20. Their respective times of 24:48, 24:49 and 25:22 earned them 18th, 19th and 20th places. Brynna Lenhard ran 3:28 faster than she did on this course in 2020; this year’s time of 25:52 was enough for 23rd place. Morgan Holm cut 24 seconds off her time from the previous week, completing the course in 29:30 and 34th place.

As a team, the Lady Panthers took third, behind 3A Kent Denver School and 4A Green Mountain High School.

In the varsity men’s race, Jace Peters patiently waited until the last half mile, when he threw down a surge and left the competition behind. In the end, he won the race by 11 seconds with a time of 18:29. Matthew Wilson improved his PR by 1:27, finishing in 26:35 and 33rd place. Running almost a minute faster than the week before, Desmond Sandoval took 36th in 27:21. Samuel Missey also slashed a minute off his previous best, reaching 29:30 and 40th place.

The girls finished second out of the seven middle school teams.

With a strong final effort, Jaren Peters moved up from fifth to third place, crossing the finish line in 14:00. Racing for the first time this season, Matthew Quinn took 17th place in 16:17. Jude Peters earned his first cross country medal with an 18th place finish and a time of 16:42. Wilson Anderson ran 17:45 and ended up in 22nd. Itai Sheleg and Ben Woodcock raced each other up the final hill. Sheleg pulled ahead at the last moment, finishing in 18:01 and 25th place. Woodcock placed 26th in 18:02. Sixth grader Noah Millard completed his first cross country race in 19:31 and 31st place.

The boys placed third overall as a team.

The middle school team raced again in Edwards on Sept. 9. The high school team will not race again until Sept. 18 in Gunnison.