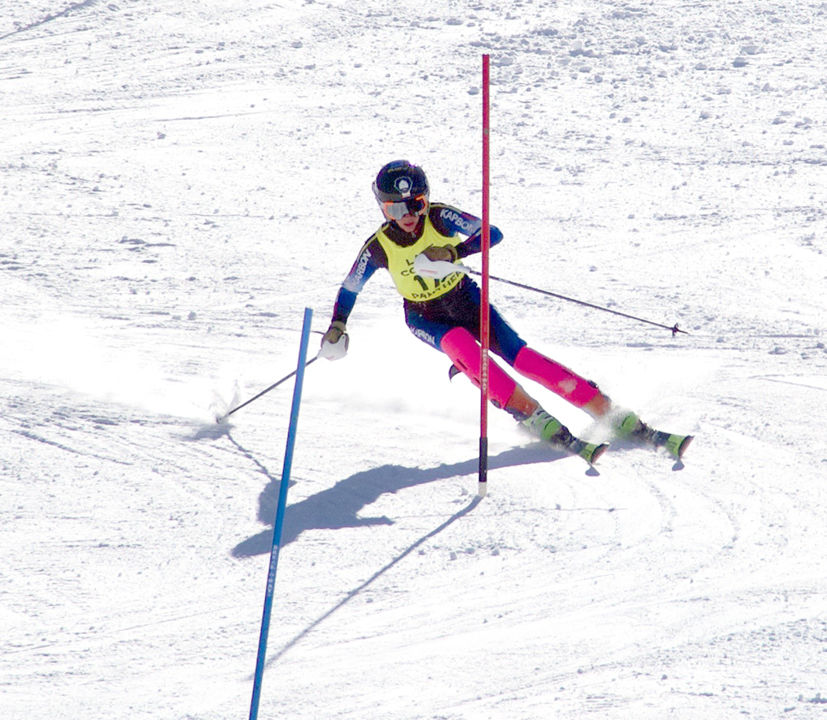 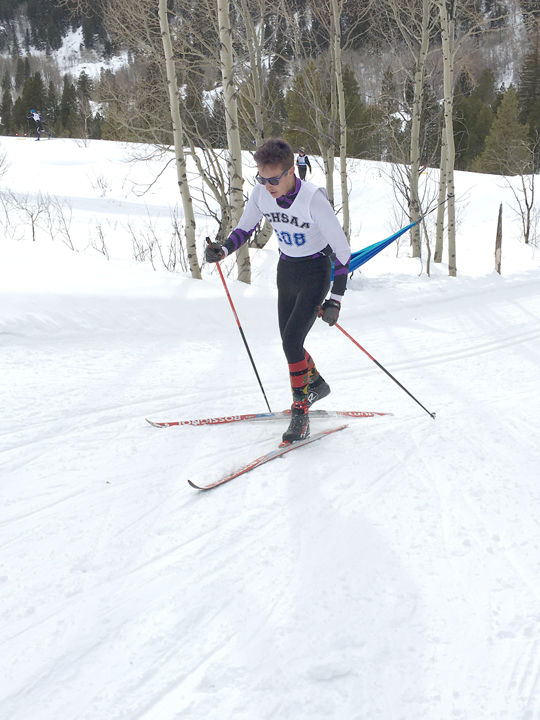 In the giant slalom on day one, freshman Matt Cairns led the way finishing 47th and Senior Kyle Rongstad 91st. Freshman Eddie Glaser had a clean first run in 60th but crashed in his second run after trying to find more speed. Since the team points are made of the top three finishers in each race the two finishes left the Panther boys at the back of the pack. “It was a good day on the hill for the alpine team. I’m glad they let it rip and went for it,” remarked alpine coach Ben Cairns.

In Thursday’s mass start classic race, the duo of Conner Lenhard and Jace Peters charged out of the gate and maintained contact with the top skiers the whole race. They placed 11th and 13th respectively. Matt Koch recovered from some stumbles to place 31st. Desmond Sandoval was 82nd. The boys were sixth as a team in classic.

The remaining two Panther racers, both skimeisters that were also competing in the afternoon’s Nordic skate race, had some hiccups along the way. The determination for Skimeister standings is made based on regular season results, allowing the athletes to focus on their preferred events for team scoring during the state competitions.

Both freshmen boys, who clinched first and second place in the state standings the previous week, decided to still compete in three of the four skiing disciplines during the championships.

Peters, the runner-up for the state skimeister competition, had a solid first run until he hooked the tip of his ski and lost it. Cairns, state skimeister champion, had a good first run finishing 39th. In the second run Cairns fell and missed a gate and in true skimeister form, got up, hiked the steepest part of the hill to make the missed gate and continued to race to the finish, ending up 58th overall.

Friday was an individual start skate race. Lenhard blazed through the course, completing the five-kilometer course in under 14 minutes and placing 15th. Peters also dipped under the 14-minute mark and was 19th. Koch matched his place from classic and was 31st. Cairns was 43rd in his third race for the weekend. The boys were sixth again as a team in skate.

After combining all of the scores, Lake County placed ninth overall. “We are one of the smallest teams out there in terms of size, but we showed that we can compete with some of the larger schools,” noted Nordic coach Karl Remsen.