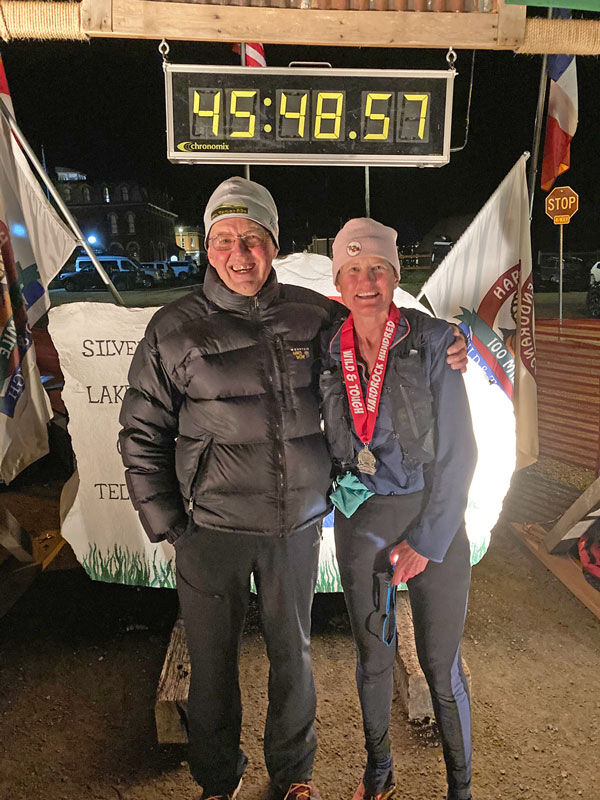 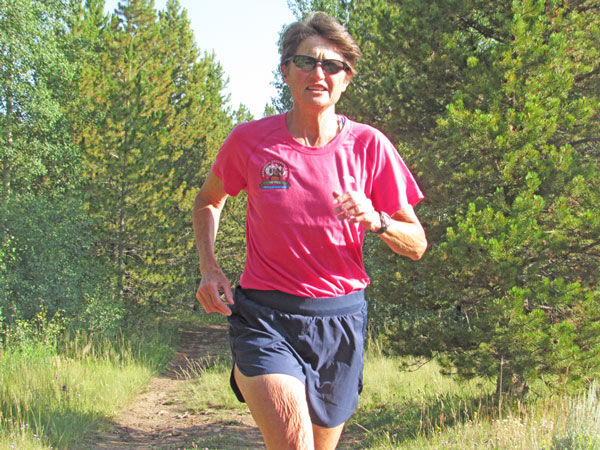 Betsy Kalmeyer runs one of her favorite local routes near Evergreen Cemetery in Leadville.

Betsy Kalmeyer runs one of her favorite local routes near Evergreen Cemetery in Leadville.

When Betsy Kalmeyer was in college at the Air Force Academy in Colorado Springs, the now accomplished ultra runner and Leadville local would walk around town looking for mountain magazines that printed lists of Colorado trails and races.

“I didn’t know many people at the time,” said Kalmeyer, who moved to Colorado Springs from near Pittsburgh after seeing a brochure for the Air Force Academy with the Rampart Range on the cover. “But I knew that was where I wanted to be.”

Kalmeyer played basketball and tennis throughout college, but took to trail running in nearby forests after graduating. She began meeting other runners who encouraged her to run the Pikes Peak Marathon and other races throughout the West. “It was such a gradual thing,” said Kalmeyer, who is a retired physician assistant. “There was no moment when I realized this was for me. I just loved being out there and training.”

More than four decades later, Kalmeyer has conquered over 30 100-mile endurance races, from the Leadville Trail 100 Run in her hometown of 13 years to The Gobi Desert Cup in Mongolia. She is also a member of the Sportswomen of Colorado Hall of Fame for Ultratrail Running.

Two weeks ago, on July 15, Kalmeyer became the first woman to finish 20 Hardrock 100 races in Silverton. Of her 20 completions, Kalmeyer won the race five times and finished second another five times. The runner also holds the fastest known women’s time for the Colorado Trail, finishing the feat in nine days and 10 hours in 2003. Yet Kalmeyer said she stumbled into her first race finish in Leadville in 1988.

At the time, the Leadville Trail 100 Run had nowhere near as many runners as the popular race has now, said Kalmeyer, who had no intention of finishing the race when she began. Kalmeyer had an elastic pack that didn’t fit well and bounced around on her hips as she pressed on toward Winfield, where she planned to stop after hitting 50 miles. Kalmeyer’s headlamp died early in the race when it was still dark, and when another runner stopped to help, the athlete said she knew she had found her people.

“Everything about the scene was so different from what I had experienced,” said Kalmeyer. “Everyone was willing to help. We chatted and encouraged each other on the trail and there was a sense that we were all in this together. I loved that. And everywhere around us there was this great trail and mountains and beautiful wilderness.”

When Kalmeyer reached Winfield, the runner asked herself, “Why not finish?” and she tackled the remaining 50 miles step by step. The next year, Kalmeyer shaved four hours off her time. “I was hooked,” she said.

That’s when the ultra runner found the Hardrock 100 in 1996, a grueling race that starts in Silverton and winds through the San Juan Mountains with over 33,000 feet of elevation gain. In 2021, just over 100 runners completed the race, with Kalmeyer crossing the finish line for a 20th time.

As much as the challenge of the Hardrock 100 appeals to Kalmeyer, the runner said that even after 20 races, the beauty of the course still drags her eyes from the trail. She added that the wildflowers were particularly beautiful this year, but that she doesn’t have a favorite spot anymore. “It used to be this part where there are probably 20 waterfalls surrounding you,” said Kalmeyer. “But now I see it all as this completely immersive experience. The headspace, the mountains, waterfalls –– it’s all part of the run.”

Kalmeyer added that she can’t imagine how her body and mind could function without trail running and the outdoors, even though her times aren’t what they used to be. “I’ve never felt like I’m competing against other runners,” said Kalmeyer. “And it’s not about conquering the trail either. It’s about what I’m capable of on the trail. Sometimes people who succeed at an early age feel that they don’t have purpose later on, but that’s not me.”

After two weeks of rest since her 20th Hardrock 100 completion, Kalmeyer said she feels better about running the race next year than she did after finishing, but the runner doesn’t want to think about next year yet. “You have to take every race bit by bit,” said Kalmeyer. “I suppose the same goes in life.”

Kalmeyer is wrestling with other factors beyond her capability in determining whether she will run next year. The ultra runner said she is proud to represent women in races and doesn’t want to give that up yet. During this year’s Hardrock 100, only 14 of 112 finishers were women with Kalmeyer being one of only two women in their 60s to finish the race.

“It wasn’t that long ago that women weren’t even allowed to race,” said Kalmeyer. “I lived through that and I feel passionately that women have earned their right to race. I’m here to say that we shouldn’t take that for granted.”

With more dozens of 100-mile races under her belt and decades of experience as a runner, Kalmeyer doesn’t love that runners are sponsored now or that course trails are widening. But she still takes solace in finding new singletrack around Leadville, and her mindset toward running hasn’t changed: “Just put one foot in front of the other,” said Kalmeyer, “and enjoy where that takes you.”