Shannon, Staci Kent arrested for tampering with a deceased body 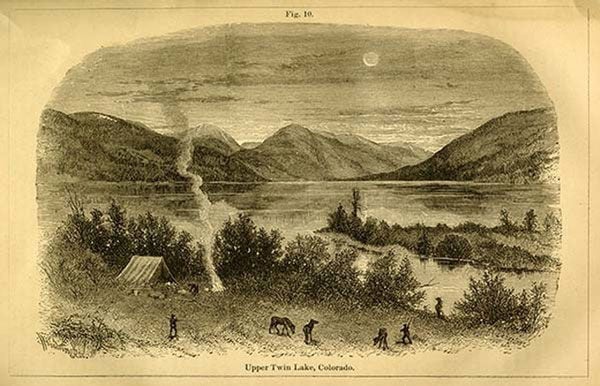 This undated sketch depicts campers and their horses along the shore of the upper of the Twin Lakes before the village of Dayton was established in 1865. 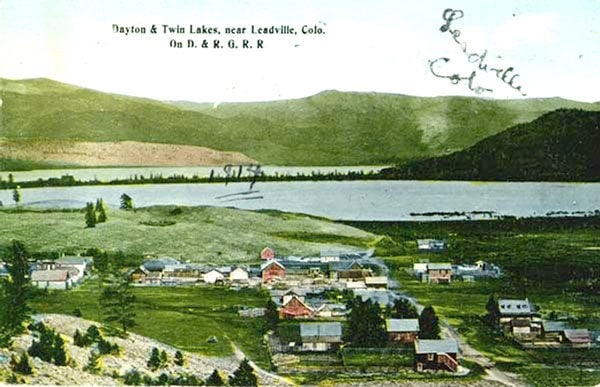 An undated Denver & Rio Grande Railroad postcard depicts the little village of Dayton and the upper and lower Twin Lakes. 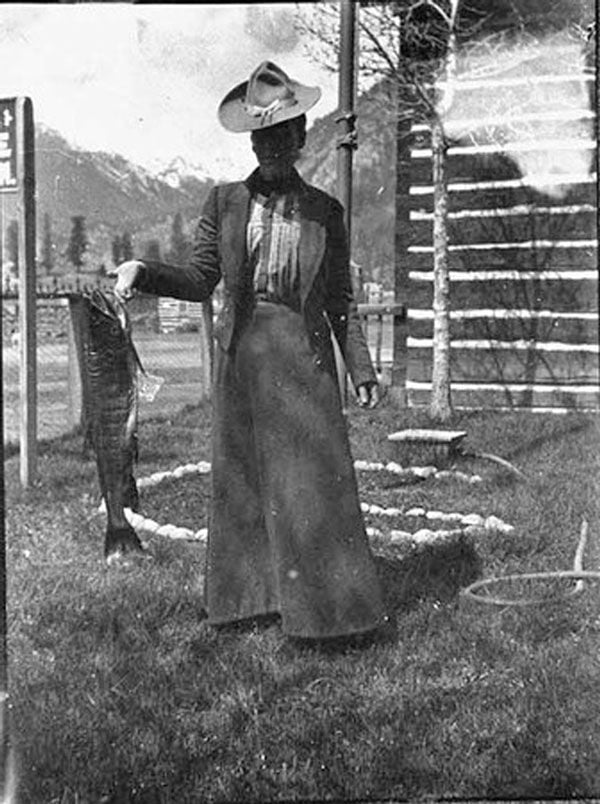 Many avid fishers and outdoor enthusiasts, like the woman posing with her catch circa 1905, flocked to Dayton and Twin Lakes to take advantage of its many recreational opportunities.

This undated sketch depicts campers and their horses along the shore of the upper of the Twin Lakes before the village of Dayton was established in 1865.

An undated Denver & Rio Grande Railroad postcard depicts the little village of Dayton and the upper and lower Twin Lakes.

Many avid fishers and outdoor enthusiasts, like the woman posing with her catch circa 1905, flocked to Dayton and Twin Lakes to take advantage of its many recreational opportunities.

The promise of mineral wealth coupled with a rapidly changing political and economic climate in the eastern United States drew countless people west in the late nineteenth and twentieth centuries. Over the 40 years between 1860, when gold was first discovered in Oro City, and 1900, myriad towns sprang up and disappeared in the high Colorado Rockies with the ebbs and flows of the mining industry. While mining drew them in, at least in the case of one particular settlement, it was the scenic beauty and recreational opportunities which persuaded so many transplants to stay. In this fifth installment in its series on boom towns in and around Lake County and the Arkansas Valley, the Herald will explore the history of Lake County and the legacy of Dayton, the village which gave rise to today’s Twin Lakes.

The first to inhabit the area that would become known as Twin Lakes, and in fact nearly all of present-day Colorado, were the Ute people. They were largely nomadic, spending the colder months in warmer parts of their territory, which extended into New Mexico, Arizona, Utah, southern Wyoming, western Kansas and Oklahoma, and the Texas panhandle, and coming into Colorado’s mountains during the warmer months to hunt deer, elk, bison and other large game animals.

Little evidence of the Ute’s time spent in the high country around the Arkansas River headwaters could later be found, aside from a few scattered artifacts, including a small number found near present-day Twin Lakes in the mid-20th century, and a game trail which was visible into the 1920s. According to Don and Jean Griswold’s History of Leadville and Lake County, Colorado, a “great bison trail” was visible winding from Granite, along the Arkansas River, up to Twin Lakes and along Lake Creek, reaching all the way to the Gunnison River.

The first white Americans known to have entered the Twin Lakes valley were part of the Fremont expedition of 1845. John Charles Fremont, for whom Fremont Pass in northern Lake County is named, led the exploratory expedition west into the Indigenous lands which were at this point largely uncharted by the U.S. Government. “By whom or when the Twin Lakes were named has never been recorded,” the Griswolds’ History of Leadville continues. “In the Fremont diary, the stream flowing from the lakes was referred to as Lake Creek, hence Lake was a most appropriate name for the county.”

One of Colorado’s original seventeen counties, Lake County, named for Twin Lakes and Lake Creek, was created in 1861 by the Territorial Legislature. Lake County stretched from the Arkansas headwaters in the east all the way to the Utah border in the west, and included all the lands of present-day Saguache, Hindsdale, La Plata, San Juan, Ouray, Gunnison and Chaffee counties. Oro City, then the largest population center in the new county, was named the original governmental seat.

While Oro City and its surrounding camps in northern Lake County prospered, the southern part had only a small amount of mining activity, and very little of it was as productive as the deposits to the north. And while mining dominated the northern parts of the county, settlers found the southern parts to be more favorable for ranching and growing hay and grains to feed cattle.

One such settler, Ira King, who came to Lake County like so many others to seek his fortune, quickly realized the valley near the upper of the two Twin Lakes would make an excellent pasture for cattle. He acquired the land “through squatters’ rights and brought in some milk cows” in 1865, quickly turning a profit by selling dairy products to prospectors and other settlers in the area.

Other new citizens in the southern portion of the county soon realized the potential of the Twin Lakes area too, and a little tent city quickly sprung up around King’s land. Many of these newcomers, including King himself, were Ohio transplants, and so named the new little village they began to construct Dayton, after the city in their native state.

Word of the great beauty of Dayton and the Twin Lakes soon spread all over the country, and visitors began pouring in even as the residents of the little town began replacing their temporary structures with more permanent log ones. Fish and wild game — elk, deer, mountain sheep, antelope, and even an occasional bison or wild turkey — were readily available, and the recreational opportunities of the area were quickly apparent.

Bayard Taylor, a renowned traveler, author and lecturer of the mid-1800s, wrote of Dayton after an 1866 summer tour of Colorado Territory: “Nothing could have been more refreshing than the sudden flash of a sheet of green crystal through the opening in the grove. A cool, delightful wind blew across the water, and far down in its depths we saw the reflected images of snow-peaks which were well hidden from us by the trees. The lower lake … and its soft undulating, quiet shores form a singular contrast to the rugged mountains beyond. A straight, narrow terrace, twenty feet wide — a natural dam — separates it from the upper lake … The people, with singular perversity, have selected the only spot where a view of the beautiful lakes is shut out from them.”

Reports printed in the Rocky Mountain News in 1866 claimed that building work was constant in Dayton, with as many as three times the number of houses appearing in the valley than had been there the previous year. “At Dayton a great deal of building has been done or is still underway,” one report reads. “The people in Dayton seem confident that work will be commenced in the vicinity in earnest as soon as the season opens. I could learn nothing positive in regard to their future prospects, but was assured that they have sufficient to ‘hang a hope upon.’”

The Rocky Mountain News went on to report that a two-story Masonic Hall was built in the middle of town, with the lower floor to be used as a courthouse, built at no expense to the taxpayers. The building was dedicated with a dance on July 4, 1866. Elizabeth Rule Harrington, who had come to Dayton in the summer of 1867, would later sum up the activity there by recalling, “Things were brisk and hustling there then, with three hotels, and needless to say, several saloons.” A post office was opened in the little village on October 16, 1866, making Dayton an officially recognized town.

Part II of this article will be continued in next week’s Herald Democrat.