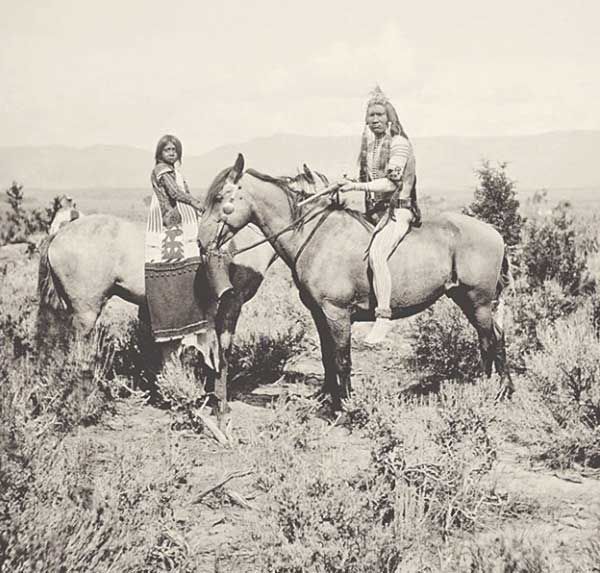 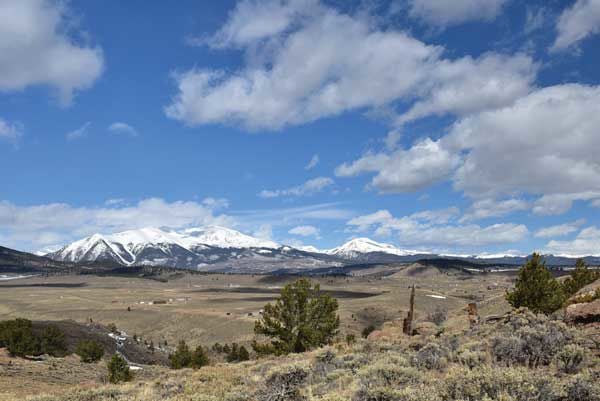 The Upper Arkansas Valley floor, between the Sawatch and Mosquito ranges, sits in the northeastern corner of historically Ute-occupied territory.

The Upper Arkansas Valley floor, between the Sawatch and Mosquito ranges, sits in the northeastern corner of historically Ute-occupied territory.

The original peoples of the High Rockies, and Colorado more broadly, have a long and storied history that spans thousands of years and contains complex relationships with this region. This summer, the Herald is featuring a series on Indigenous histories of the High Rockies.

In this series, the Herald aims to expand readers’ knowledge of the people who have lived here for millennia by highlighting Indigenous histories and honoring the descendants of the region’s original inhabitants.

By all historical accounts, the Ute people, members of the Uto-Aztecan language group, are the oldest inhabitants of the region now called Colorado. Oral histories passed down within Ute culture recall that they have lived in the mountains of this region since time immemorial. Unlike many other Indigenous peoples of the North American continent, the Ute have no migration story.

Anthropological evidence found at the Lindenmeier archeological site in Larimer County suggests Indigenous People, possibly ancestors of the Ute people, have lived, hunted and gathered in the Rocky Mountains for at least the last 10,000 years. As far as historical records are concerned, Ute people occupied much of present-day Colorado by the year 1600.

The Ute people historically occupied the Great Basin region spanning from eastern Oregon to Colorado. Following a separation within the Uto-Aztecan language group, which gave rise to the Ute, Apache, Shoshone, Hopi, Paiute, and Chemehuevi peoples, the Ute established themselves along the eastern edge of this larger territory. As a nomadic culture, family-based groups traveled the Rocky Mountain region seasonally to hunt game, gather wild foods and practice ceremonies.

While the origin of the word Ute is not known to historians, the derivative term, “Yuta,” was first seen in Spanish documents. When Spanish colonizers first met the Ute in Colorado during their early explorations of the region, the Ute were introduced to horses. In the decades following contact with the Spanish, the Ute learned to utilize horses well, and thereafter became renowned for their equine skill in battle and recreation.

After European contact and colonization, the Ute were sequestered to reservation lands. Starting in 1849 and continuing through about 1880, the Utes were removed from the Front Range and relocated to reservation lands in the western portion of the state. The original allotment of reservation land established in 1868 took up approximately one-third of western Colorado.

In 1879, after an encroachment on reservation land by U.S. agents and an ensuing battle later to be deemed the Meeker Massacre, government pressure increased against the Utes and the reservation as it stood was abolished.

This, combined with other skirmishes and encroachment by miners onto Ute lands during the gold and silver rushes of the late 1800s, led to a reduction in federally recognized Ute reservation lands in Colorado. The Southern Ute reservation, which occupies a narrow 681,000-acre strip of land along the southern edge of Colorado, and a 4.5 million-acre reservation in northeast Utah are what remain after the reductions.

Today, the Ute people, following a legacy of displacement, genocide, and broken promises on behalf of the U.S. government, live primarily on these reservation lands.

The Ute still strive to maintain their historical lifeways, practice ceremonies and pass on their histories in the region. Each spring, the Southern Ute Indian Tribe celebrates the Ute Bear Dance, and each fall they host the Southern Ute Tribal Fair and Powwow in Ignacio. Indigenous histories and cultures, while changed in the aftermath of settler-colonialism, persist and continue to grow.

Are you looking for a flexible work schedule?
Lake County Advocates