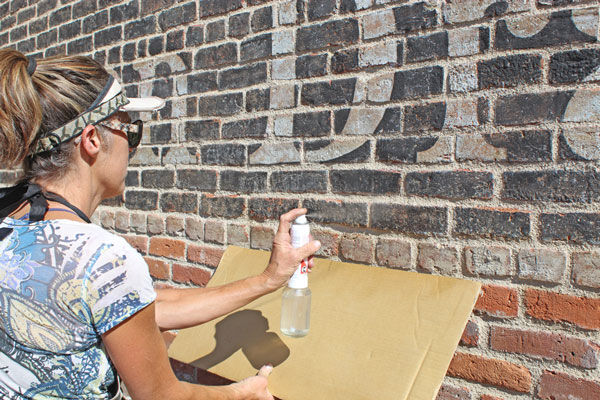 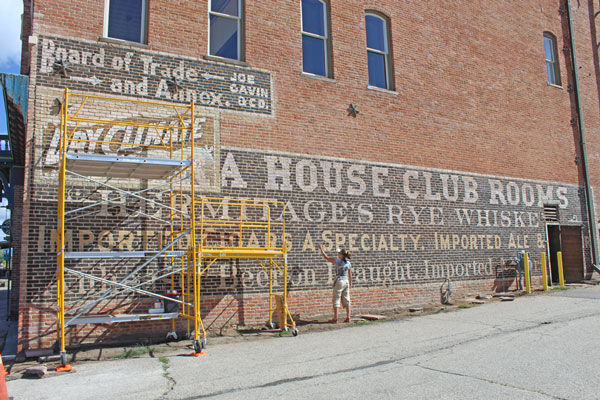 Deborah Uhl is nearly finished with an extensive project to restore ghost signs on the south wall of the Tabor Opera House.

Deborah Uhl is nearly finished with an extensive project to restore ghost signs on the south wall of the Tabor Opera House.

Deborah Uhl, an art preservationist from New Mexico, is nearly finished with an extensive project to restore the ghost signs on the south exterior wall of the Tabor Opera House, a series of advertisements painted over time.

Uhl has worked on many similar projects in Colorado, including old Cocoa-Cola advertisements in Fort Collins and Lafayette. She said she’s drawn to the process of restoring old pieces of artwork and appreciates the value of murals, no matter how old.

After taking on the project at the Tabor, Uhl conducted hours of research and tried to find old photos of the signs.

The first step was to dry-clean the south exterior wall where faint traces of lettering were visible on old brick. Uhl then applied an initial layer of varnish to separate the original lettering from what she would add.

Uhl used a stencil to retrace letters that were not visible, a task that involved extensive research on historic fonts. Once she had filled in the gaps, Uhl applied a final layer of varnish.

There is still one word on the wall that Uhl has yet to fully identify. Toward the bottom of the Tabor club room advertisement, there’s a word that starts with an “M” and ends in an “a.” Uhl is posing a challenge to Leadville’s historians to help her identify the word.