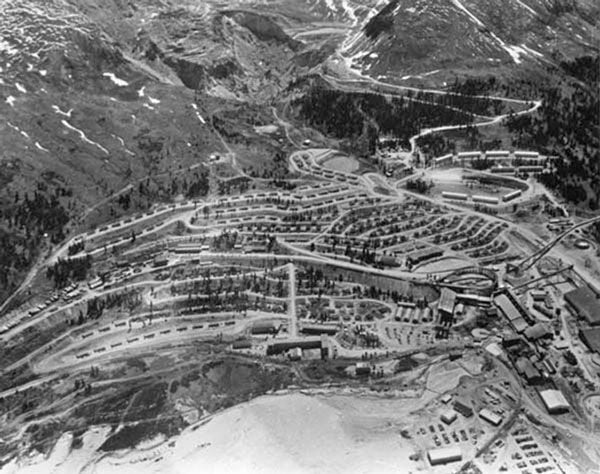 This undated photo shows an aerial view of the unincorporated mining town of Climax, Climax Mine and the summit of Fremont Pass on Colo. 91. 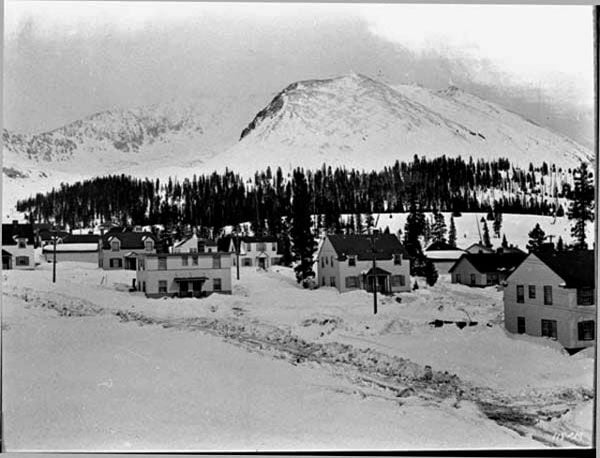 Snow covers homes in the town of Climax. Many of these homes are found in Leadville’s West Park neighborhood today. 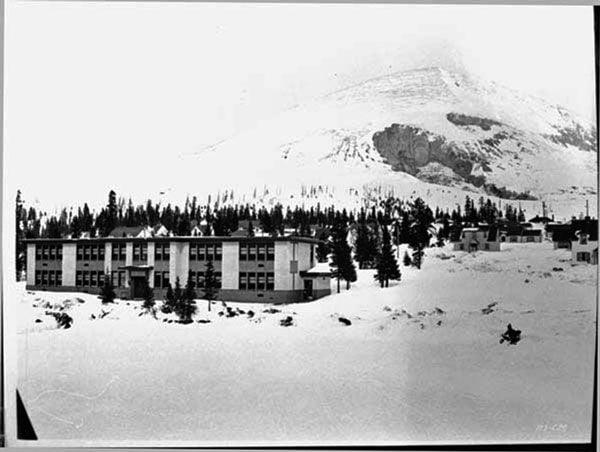 A variety of buildings made up the town of Climax. Amax and the Climax Molybdenum Company decided the town was no longer viable in the early 1960s. 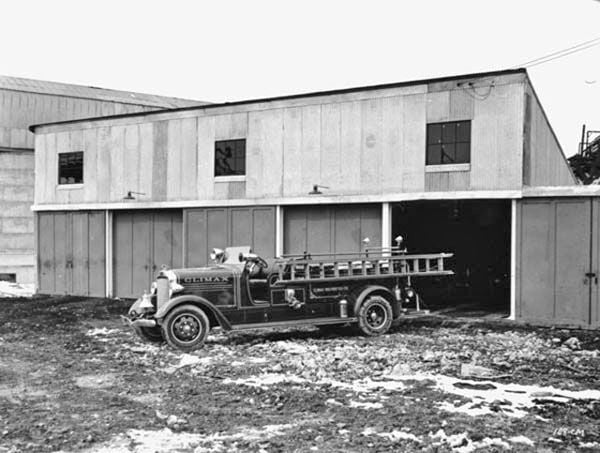 A late 1920s or 1930s Climax fire truck sits outside its garage. While other mines were laying off large portions of their workforce during the Great Depression, the Climax Molybdenum Company continued hiring and building up the company town, providing economic stability for Lake County. 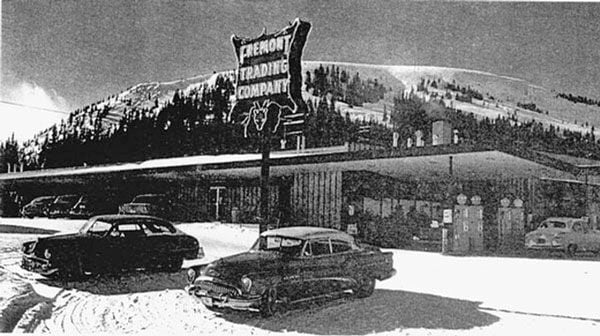 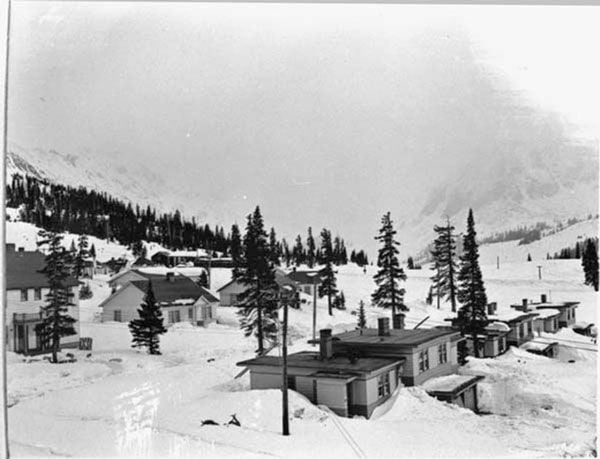 Climax Mine's company town sits at over 11,000 feet. The mine sold homes to families that had previously rented them. The structures were moved to Leadville when the mine transitioned from underground to open-pit mining.

This undated photo shows an aerial view of the unincorporated mining town of Climax, Climax Mine and the summit of Fremont Pass on Colo. 91.

Snow covers homes in the town of Climax. Many of these homes are found in Leadville’s West Park neighborhood today.

A variety of buildings made up the town of Climax. Amax and the Climax Molybdenum Company decided the town was no longer viable in the early 1960s.

A late 1920s or 1930s Climax fire truck sits outside its garage. While other mines were laying off large portions of their workforce during the Great Depression, the Climax Molybdenum Company continued hiring and building up the company town, providing economic stability for Lake County.

Climax Mine's company town sits at over 11,000 feet. The mine sold homes to families that had previously rented them. The structures were moved to Leadville when the mine transitioned from underground to open-pit mining.

About 12 miles northeast of Leadville on Colo. 91, just south side of the Summit-Lake County boundary line, drivers will reach the top of Fremont Pass and the entrance to Climax Mine. The entrance to the Freeport McMoRan property looks about how one might expect the entry to a busy industrial site to look: workers come and go every day at regular intervals, beyond which heavy equipment, both stationary and mobile, rumbles away at its daily work, digging into the nearby mountainside.

What travelers may not guess on first glance is that beyond the gate house lies the site of the long-vacant town of Climax, which sprung up to house the mine’s early twentieth century workforce. Though the town itself has been gone longer than it existed, this second installment in the Herald series chronicling the histories of boom towns across the Arkansas Valley will briefly examine the lasting impact of one of the most influential ghost towns in Colorado.

Molybdenum, the primary metal behind Climax’s vast wealth, was first discovered near the Ten Mile Mining District in the 1880s, but was initially regarded as little more than a curiosity. It was ignored in favor of more obviously valuable metals like gold and silver. While Leadville flourished and nearby Robinson fell into obscurity, Climax was little more than a railroad stop on the line from the Ten Mile District to Leadville. Only handfuls of molybdenum ore were exported from the top of Fremont Pass for years, and the area went largely undeveloped until the beginning of World War I (WWI).

As war erupted in Europe in the early 20th century, miners in the Climax area finally found a significant use for molybdenum. The American Metals Company, at the time one of the largest mining conglomerates in the world, began formally mining the area at the dawn of WWI. The company discovered that steel made with molybdenum was incredibly strong, and that tanks made with the metal were more resistant to bullets and shells than those made without molybdenum-hardened steel.

The Climax Molybdenum Company was formed as a subsidiary of the American Metals Company in early 1917. A front-page article appearing in the August 12, 1917 issue of the Herald Democrat told of a tent city that had sprung up “almost overnight” at the top of Fremont Pass.

“A month ago, Climax ... showed few signs of life or activity,” the reporter stated. The American Metals Company was so sure of their prospects that “upwards of 300 men” were put to work constructing “mills, [a] boarding house, [and] surface plants for the carrying on of mining on a large scale,” which mine owners hoped to use to extract and process some 500 tons of ore per day.

From the very beginning the managers of the Climax Molybdenum Company said that a happy workforce was a necessary investment in the success of the venture.

The boarding houses under construction near the old Colorado & Southern Railroad stop joined an old Rio Grande station house-turned-canteen to ensure a well-fed and comfortable workforce. “These houses will be sufficient to accommodate a large force of men, and it is planned to have them as modern and comfortable as possible,” the Herald article continued. “Shower baths will be supplied for the men, and in order that the long winter nights will not be tedious, card rooms and reading rooms will be provided.” The accommodations catered to the health, comfort and entertainment of a workforce composed primarily of single men. A small but professionally appointed clinic followed soon after, and a full-service hospital opened just as the 1918 influenza reached Lake County.

The production of molybdenum and other metals exported from Lake County dropped sharply following the end WWI, and along with it, the population of Lake County. Due to the reduction in prices for materials previously considered essential to the American war effort, miners’ wages decreased and many sought employment elsewhere. The Climax Mine even suspended operations for a short time in 1919.

Climax Molybdenum Company soon shifted their focus from marketing to other industries, including the manufacture of cars, airplanes, high-tension tools, dyes and lubricants, to name a few, enabling the company to bounce back quickly.

Continued production at Climax Mine helped stabilize Lake County’s economy during the Great Depression of the 1930s.

Climax continued hiring as other mines began massive lay-offs, allowing “mining families” to remain in Lake County. “It was the highest human settlement in the United States, and it holds the record for having had the country’s second highest post office and the highest railroad station,” according to Don and Jean Griswold, authors of History of Leadville and Lake County, Colorado: From Mountain Solitude to Metropolis. “During these years … the Climax Molybdenum Company carried on an extensive building program, not only for the mining and milling operations, but also with housing, care, education and recreation for their employees and families who lived at Climax. The lodging house was enlarged … and a number of one-family residences as well as some duplexes were built. A modern hospital, school building, and a recreation hall were erected.” The section of highway between Leadville and Climax was paved in 1936, making commuting to work much easier. Lake County remained relatively untouched by the Great Depression because of molybdenum.

Molybdenum production was once again declared essential to the American war effort, following the United States’ entrance into World War II (WWII). The work carried out at Climax was also deemed highly classified by the American government.

Joan Kauffman Brookshire, who grew up in Climax during World War II, wrote in her recently-released memoir Life at the Top that security at the mine immediately increased at the onset of the war. The town was encircled in a chain link fence topped with barbed wire. Guards were brought in who were responsible for knowing and keeping track of everyone who worked and lived at the mine. The children were encouraged not to make trouble, according to Brookshire, lest their fathers be fired and their families immediately kicked out of town.

After the war, life in Climax continued much as it had previously. The mine continued its virtual monopoly on molybdenum production, and would go on to supply between 75 and 90 percent of the world’s molybdenum outside of the Soviet Union. At one point, the mine was one of the biggest employers in Colorado, and most families in Leadville had at least one member who worked for or lived near the mine. But as is often the case with mining towns, the good times couldn’t last forever.

In the early 1960s, Amax and the Climax Molybdenum Company concluded that the company town was no longer viable. The ground beneath the village of Climax was worth more than the structures that sat upon it, and to facilitate the mine’s transition from underground to open-pit, the entire thing was sold off.

Families were given the opportunity to buy the homes they had previously rented from the company, and everything was moved. “The houses were eventually moved to Leadville and put in what is now the West Park subdivision,” remembers Bridgette Crosby in a submission to GhostTowns.com about Climax. “Many of the houses were loaded up on huge flatbed trucks and moved down Colo. 91, along with apartment buildings which are still used today in Leadville. The house that I grew up in had to [be] cut in four big pieces and moved with four different trucks.”

As the town of Climax was dissolved, Leadville saw major growth as a new sewer system, two schools, a courthouse, a hospital, many homes, a medical center and a community college complex were completed. The residents of Climax settled in Leadville, and, at least for a while, Lake County continued to prosper.

The 1980s were difficult for the Climax Molybdenum Company. The plummeting price of molybdenum prompted the closure of the Climax mine near the end of 1987. A mass exodus from Lake County began as the workforce of the mine was laid off all at once. Approximately one third of the population of Lake County left in the 16 months that followed.

Though the company town of Climax is now considered a ghost town, the site has never actually been abandoned. Even during the mine’s 25-year hiatus, a skeleton crew maintained the systems and equipment as best they could. Today, less than 400 people work the mine, keeping the site of the unincorporated mining village of Climax — and its zip code, 80429 — active. The town of Climax may be long gone, but the mark it left on the history of Lake County is indelible.

In the next installment in its series on boom towns near Lake County and the Arkansas Valley, the Herald will examine the history of Oro City and some of the smaller camps that surround the site of modern-day Leadville.