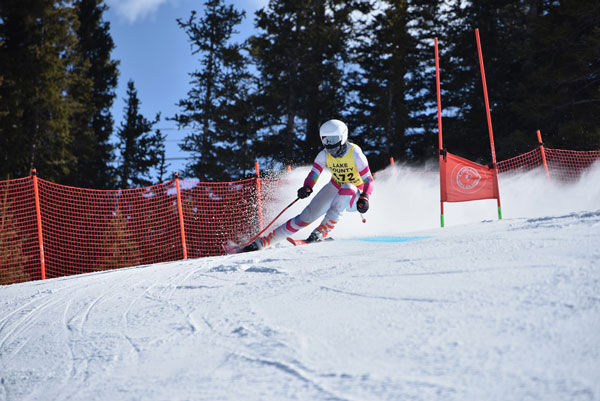 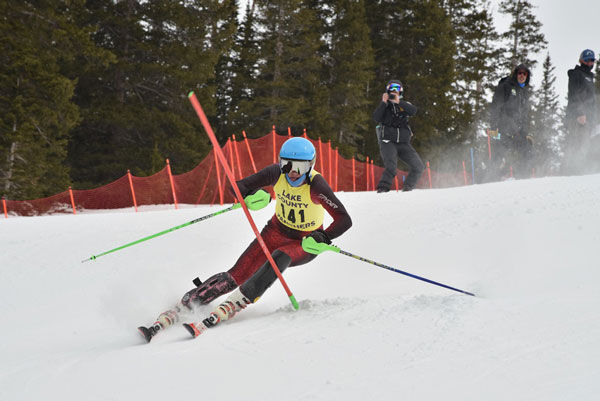 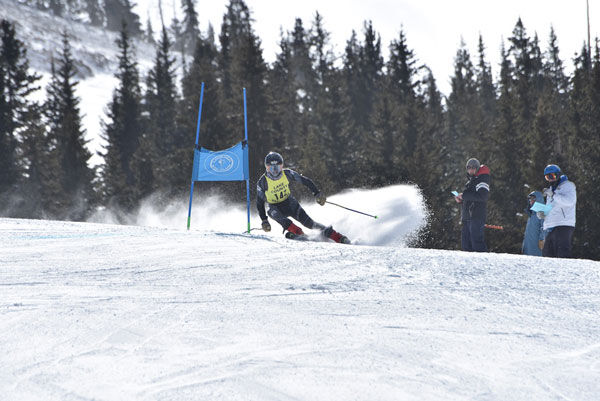 Last week Loveland Ski Area hosted the Colorado High School Activities Association Alpine Skiing State Championships Thursday and Friday, March 11 and 12. With a delayed snow forecast, the racers were greeted with low winds, mild temperatures, challenging terrain and firm snow conditions. After a year with smaller field sizes and a truncated race schedule, the state championships harkened back to pre-pandemic levels of competition, with 71 competitors in each gender representing about a dozen schools.

The Panther boys competed Thursday and faced several challenges. The lack of training rigor in the face of challenges created by COVID-19 in all aspects of athletics this year was evident. Three of the four Panther competitors crashed early in the giant slalom (GS) on the steep course and firm snow conditions. Sophomore Eddie Glaser, the sole Panther to earn a GS result, finished 48th overall. The second run offered a brighter glimpse for the afternoon as all four boys finished the course.

The slalom races presented a new set of challenges with very tight and tough course sets and several tricky combinations that led to over a third of the field not finishing both runs. Sophomore Jace Peters led the Panthers pack this time, finishing 34th overall. Freshman Brady Potts followed narrowly behind in 36th.  Sophomore Matthew Cairns was looking for speed till he fell in the first run and lost a ski, while Glaser had a solid run but missed a gate near the finish.

“While not a single one of our four athletes had the day they wanted, I am still proud of their attitudes, sportsmanship and desire to learn,” said Lake County High School Alpine Coach Ben Cairns. “They showed dignity and class and bounced back from crashes and disappointment to put in some solid skiing.” Lake County’s Nordic and alpine boys teams finished 9th overall.

The slalom races offered tough but more manageable courses than the men faced. Ramsey led once again in 25th, Slivka in 31st and King became the final point scorer for the Panthers, finishing 49th. Gillis had a solid first run finishing 33rd, but straddled a gate in the second run near the finish. Zettler hiked in her first run, but finished 55th in the second.

Overall, the Nordic and alpine Lady Panthers finished fifth as a team behind Aspen, Summit, Middle Park and Vail Mountain School, but still ahead of larger teams like Steamboat, Battle Mountain, Evergreen and Nederland.

The Panthers say goodbye to three senior girls this year.

“Taylor Duel, with her wild style and impressive GS skiing her junior year which saw her make the all-state team and represented in big mountain competitions, Michaela Main, who has been a solid all-around athlete and skimiester for many years, and Cassidy Gillis, our calm, solid and dependable leader these last few years on the alpine side,” Cairns said. “Those of us who work in schools and coach know we do it to see the kids grow, develop and hopefully take their skiing into life, but it’s still a little sad when they move on. Congratulations to these wonderful young women on great high school ski careers and on being great people.”