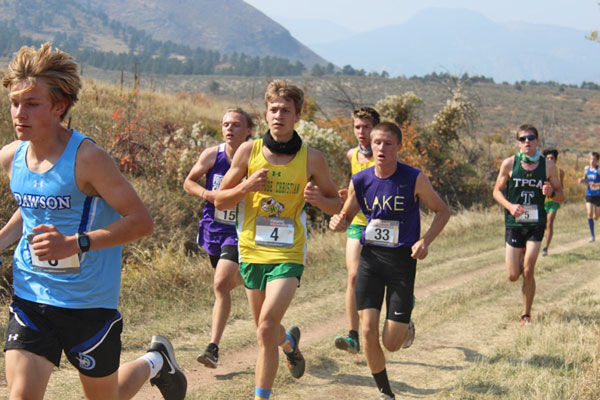 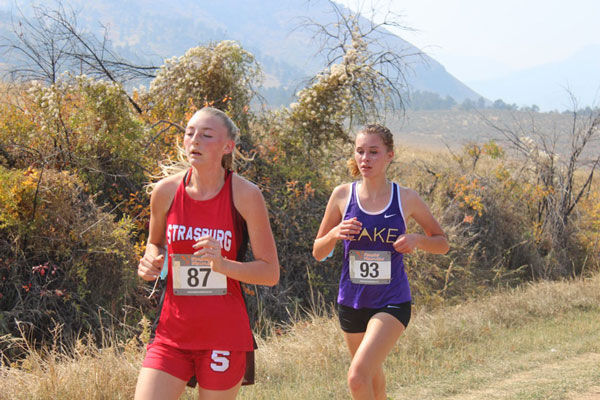 Lake County High School’s cross-country team entered the 2A Region 1 meet in Lyons on Thursday, Oct. 8, as underdogs. All of the Panthers’ competitions in 2020 had been on hilly courses above 7,700 feet of elevation. For this reason, their best times of the season were generally slower than the athletes of the other Region 1 schools, which are mostly located on the Front Range or the eastern plains. In normal seasons, seed times are not very important, but this year, because of COVID-19 restrictions, they played a significant role.

Lyons High School is located in Boulder County, which has very strict COVID-19 guidelines. Although the Colorado High School Activities Association has approved races to start in waves of 25 runners, Boulder County would not allow that unless the harriers wore their masks throughout the race. In order to meet the Boulder County guidelines, the runners were sent off the starting line two at a time, fastest to slowest (based on seed times) with two-to-three seconds between each “wave.”

Fabian Jimenez was the top seed for the Panthers, and he started in the 21st position. Jace Peters came into the meet ranked 33rd, Matt Cairns was 43rd, James Garrison was 50th and Josiah Horning started in 52nd. With these middle-of-the-pack starting positions, Lake County’s strategy was to pass as many competitors as possible during the race.

Peters left the starting area aggressively and worked his way up the field throughout the race. He said later, “I felt so good; I didn’t see any reason to slow down.” He was the fourth competitor to cross the finish line, but because he started so far behind the leaders, he ended up winning the meet by two hundredths of a second over a competitor from Lyons. Peters’ fastest time of the season had been 19 minutes and 26 seconds. He entered the regional meet with a goal to run 18:20 on the 5 kilometer course, but he finished his race in 17:55.

Jimenez had another strong performance for the team, finishing in seventh place with a time of 18:28. Garrison nailed his goal time of 19:45, a new personal best, to take 27th place. Horning also accomplished a PR, running 20:39 for 40th place. Cairns persevered through intense knee pain to place 66th in 23:51.

The Panthers needed to be one of the top four teams in order to qualify for the state meet. To the surprise of many people, they tied for third place, but ended up fourth because they lost the tie breaker. Still, they accomplished the goal of moving on to the championships in Colorado Springs on Oct. 17.

The Lady Panthers weren’t ranked as poorly as the men, but they still had plenty of runners to pass. Adele and Rose Horning started in the fourth wave, but quickly took the lead. They pushed each other throughout the race, with Adele eventually crossing the line in first. No one else was able to beat her time of 20:59, so she retained the title of regional champion. Rose finished 2nd in 21:05.

When the dust had settled, the ladies were team champions, besting the second place team by 22 points.

The Panther accomplishments came against a tough field of schools, including the state champion team for both boys and girls in 2019. These achievements haven’t happened much in the last two decades. The only other time in this century that a Lake County team won the regional meet was in 2005, when Alex Willis, who is now a professional athlete, led his team to victory in Monte Vista. That same year, both the boys and girls teams made it to state, but it hasn’t happened since then.

In this century, Lake County High School has not won a single cross-country regional individual title, but last week it earned two. It was truly a noteworthy and momentum-building day for the high school’s cross-country program.