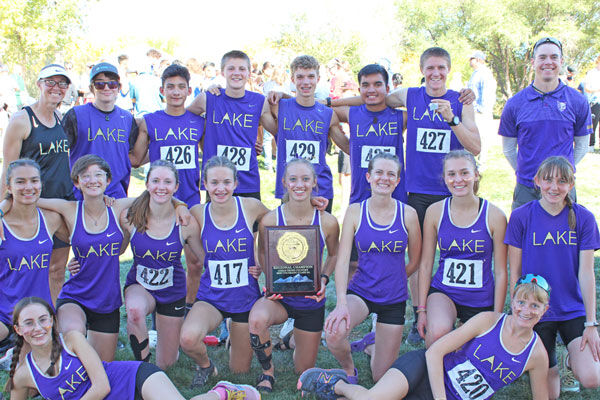 Members of the Lake County High School men’s and women’s cross-county teams gather for a photo after last week’s meet in Delta. 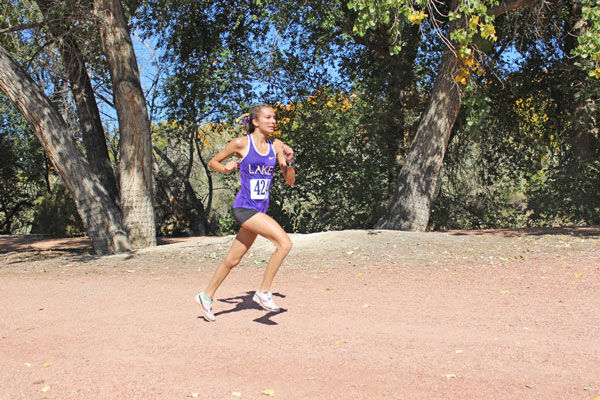 Members of the Lake County High School men’s and women’s cross-county teams gather for a photo after last week’s meet in Delta.

The high school cross-country team traveled all the way to Delta on Friday, Oct. 21 for the 2A Region 4 meet. In order to qualify for the state championships, teams needed to finish in the top five and individuals in the top 15 at the regional meet.

Adele Horning returned to competition after a month-long battle with illness, but she proved that she hasn’t lost a step. Horning started conservatively, but by the two-mile mark, she had moved up into third place. She held on to that spot and finished the five-kilometer course in 20 minutes, 10 seconds. Keira King held off a chase pack and took fourth in 20:31. Ella Bullock ran under 21 minutes for the first time, placing seventh in 20:38. Violet Hill also turned in a personal record (PR) of 20:49 and finished 11th. Brynna Lenhard improved her PR by over one minute. She ran 21:56 for 18th place. Rounding out the top 20, Clara Kirr crossed the line with a new best time of 22:16. Indigo Olsen and Grace Bunch finished 31st and 37th respectively. Olsen’s time was 23:03. Bunch’s time of 23:38 was a 39-second PR.

As a team, the Panther women won by 18 points and will be looking to defend their state title on Saturday, Oct. 29.

Jace Peters ran away with the mens’ race, crossing the finish line in 16:24, 41 seconds ahead of second place. The race of the day was turned in by Jaren Peters, who slashed two full minutes off his PR and broke the 18-minute barrier to reach 17:51 and seventh place.  The rest of the Panther men also achieved PRs: Abel Gonzales was 37th in 19:54, Matthew Wilson took 51st in 20:34 and Martin Garcia placed 79th in 22:45.

After a nervous wait for the results, Lake County was announced as the fourth place team with the opportunity to race at State as a group.