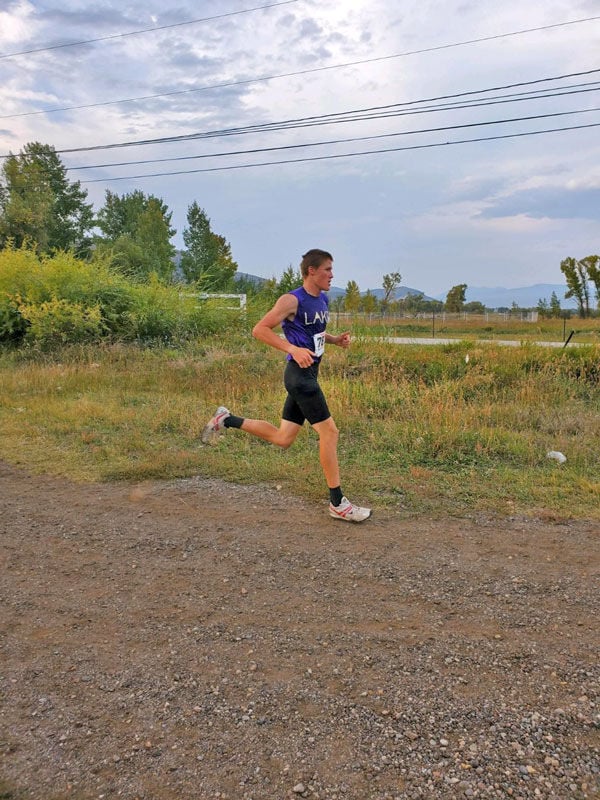 Jace Peters runs his way to a fourth place finish. 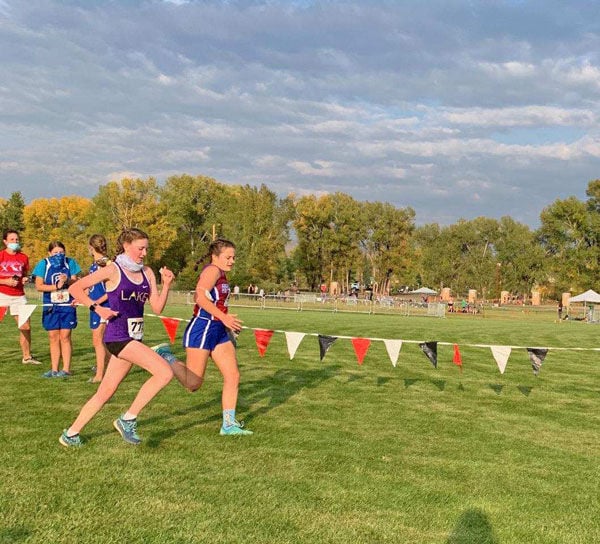 Clara Kirr sprints past a competitor to snatch a fourth place finish in Gunnison.

Jace Peters runs his way to a fourth place finish.

Clara Kirr sprints past a competitor to snatch a fourth place finish in Gunnison.

The Lake County High School cross-country team divided their forces last weekend and competed in two different meets. Half of the team traveled to Gunnison on Friday while the other half participated in the Buena Vista Invitational on Saturday. Both courses offered the Panthers relatively flat terrain and the chance to run fast times.

Keira King dominated the 2A competition in Gunnison, winning the 5 kilometer race by one minute, 40 seconds. Her time of 22:01 was a personal best for her by over one minute. Clara Kirr set a new personal record (PR) of 24:17, which was over 3 minutes faster than her previous best time, and she out-sprinted an opponent into the finish to snatch fourth place. Brynna Lenhard ran her best 5K ever, slashing her previous PR by 4-½ minutes, completing the course in 24:45 and placing sixth.

Jace Peters led the Lake County boys’ team in Gunnison. He finished fourth in a season-best time of 19:26. Josiah Horning earned a top ten t-shirt by coming in tenth with a new PR of 20:49. Jordyn Garcia ran an excellent second lap of the race to win his wave and improve his former PR by almost two minutes, placing 16th in 21:36.

In Buena Vista on Saturday morning, the Horning sisters pushed each other to times under 21 minutes. It was the first time that Rose Horning had ever broken that barrier and only the second time in Adele Horning’s career that she has accomplished the feat. Rose Horning’s time of 20:53 earned her third place in the meet, and Adele Horning was fourth in 20:56. Violet Hill left her wave of competition behind, finishing ninth overall in 24:01, one minute faster than she had ever run before. Aurora Marruffo ran her fastest time of the season, 32:43, and placed 26th.

Fabian Jimenez fought off a couple of runners from Manitou Springs to finish in third place and a season-best time of 18:46. James Garrison completed the course in 20:35, his fastest time of 2020, and took tenth place. Shedding 1:16 off his PR, Abel Gonzales took 16th in 21:26.