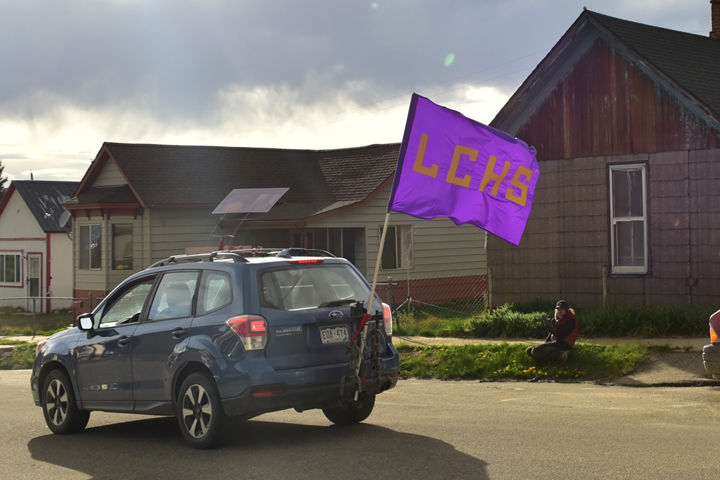 The flag of LCHS flies behind a car in Friday’s parade. 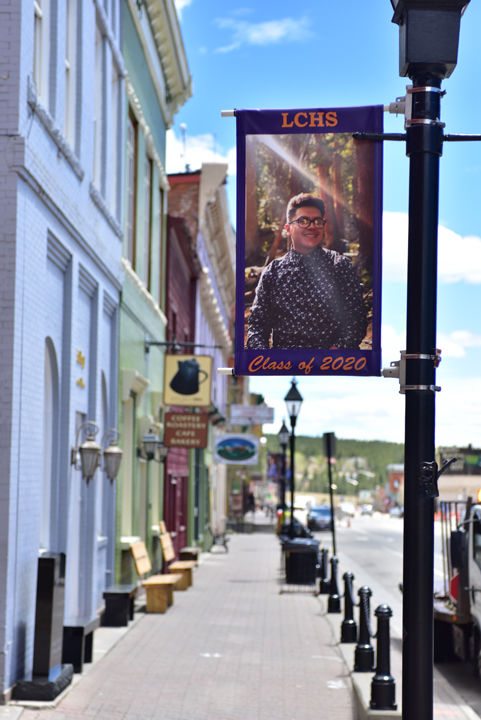 Graduate Marcos Pizana is pictured on a banner hanging on Harrison Avenue celebrating the Class of 2020.

The flag of LCHS flies behind a car in Friday’s parade.

Graduate Marcos Pizana is pictured on a banner hanging on Harrison Avenue celebrating the Class of 2020.

A motorcade, a socially distanced ceremony and remote addresses delivered by video marked the graduation of the Lake County High School Class of 2020 last weekend.

Amidst the pandemic, Lake County High School (LCHS) seniors celebrated graduation in unconventional ways in an effort to uphold public safety measures while still being recognized for their accomplishments.

A video uploaded by LCHS marked the beginning of the ceremonies on Friday. The virtual ceremony featured addresses from Ben Cairns, principal of LCHS, Wendy Wyman, superintendent of Lake County School District, students and community members.

This year’s graduates nominated Roxie Aldaz as their faculty speaker. Aldaz highlighted the stability that LCHS and the district have maintained throughout the duration of this class’s time there.

“You have had the benefit of so many positives here, and you did not waste them,” Aldaz said.

Aldaz commended the class of 2020 for continuing to increase the graduation rate, the high number of scholarships awarded to graduates and the certificates and degrees earned by many at Colorado Mountain College.

On Friday evening, the celebration took to the streets with a motorcade procession through Leadville. The parade gave graduating seniors a chance to celebrate publicly while abiding by public health measures.

The procession, which departed from the high school and followed a route circling Cloud City, allowed the Class of 2020 and their families to celebrate publicly while maintaining social distance.

Seniors in caps and gowns were positioned in cars and truck beds, many of which were decorated and playing celebratory music. The line of vehicles was led by the Leadville Police Department with lights flashing, and trailed by the Lake County Sheriff’s Office and Leadville/Lake County Fire-Rescue.

Though the high school’s original permit was denied by the city due the fear that the parade would draw crowds of observers to Harrison Avenue, LCHS’ revised permit was approved as it avoided Leadville’s main street.

Community members parked at intersections along the parade route, honking and cheering for the parading students as the line of cars passed by.

Harrison Avenue was not left untouched by the celebration, as the city hung banners featuring the names and photographs of each graduate from light posts along the street in the days leading up to the ceremonies.

On Saturday, the unconventional measures continued with a graduation ceremony hosted in the LCHS gym and streamed online for remote participation.

After much deliberation, LCHS decided on individual stage walks as a way for students to still have the opportunity to engage in a formal ceremony, which was important to this year’s graduates, Cairns said.

Students and their families entered the nearly vacant gym, where graduates stepped upon a stage to collect their diploma from a table, moved the tassel atop their mortar board, and walked across to the other side.

One by one, students were announced over a speaker and congratulated as they took the stage and completed the final step in their graduation ceremonies.

“Although this is not the graduation we were expecting, I’m honored to celebrate this achievement with all of you,” Dominika Piech, valedictorian of the Class of 2020, said in her speech featured in Friday’s video. “And, if anything, you’ll be able to say, with your perfect 2020 hindsight, that you made history.”