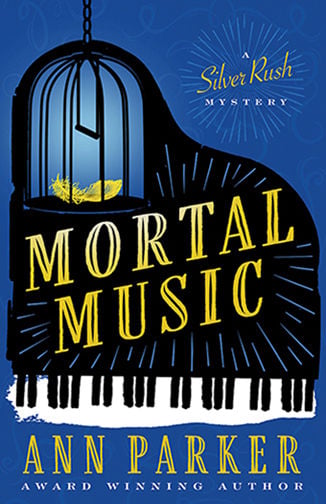 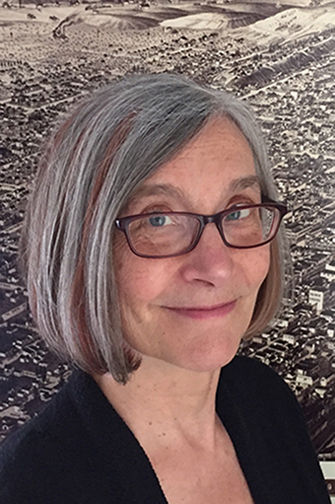 Most Leadvillians who know Inez Stannert met her when she ran the Silver Queen Saloon located on the corner of State (now Second) Street and Harrison Avenue, here in Leadville.

Inez owns the saloon with partners Abe Jackson and her ex-husband Mark Stannert.

Her adventures here during Leadville’s early years are portrayed in the first five books of Ann Parker’s Silver Rush mysteries, and although the books are fiction, they closely follow what was really happening in Leadville in its earliest days – from the hunt for riches to the arrival of the railroad to visits from Ulysses S. Grant. Murder was almost commonplace during this city’s early days, and Inez managed to solve a number of them.

But by the end of the fifth book, “What Gold Buys,” Inez and her ward, Antonia Gizzi, are boarding the train to head to San Francisco where books six and seven take place. Instead of running a saloon, Inez becomes a bit more upscale as the manager of a music store, D&S House of Curiosities. In book seven, “Mortal Music,” readers discover that she is adept at playing classical music on the piano, not just the honky tonk that was popular with miners back in Leadville at the Silver Queen.

Inez acquired Antonia as her ward after Antonia’s mother was murdered in Leadville. The 12-year-old appears at the beginning and the end of book seven, but she is whisked out of town to Los Angeles during the holidays, and Inez agrees to become an accompanist for a celebrated diva who is singing at several San Francisco venues during the season.

Does murder occur? Yes. Is Inez instrumental in solving it? Yes. (No spoilers here.)

Parker lives in San Francisco. Her great-grandparents and grandmother lived in Leadville which encouraged her to begin her series here. In fact her grandmother worked at the Herald Democrat’s bindery. Local residents have become acquainted with Parker during visits to the city when she has spoken about her books at different venues. This past summer, she was at the Matchless Mine in a program with several other authors who write Leadville-based books.

In writing her books, Parker has always been scrupulous about making things authentic. She wrote her Leadville-based books with an old map of the city on her wall to ensure accuracy. It appears she has done the same with the two San Francisco-based books. Not only does she relate which places and events are fact and which are fiction in the “Mortal Music” author’s note, she provides a page and a half of references she used in writing the book. And again she used maps of San Francisco in the 1880s to ensure everything was where it was supposed to be. It’s worth noting that as her series has evolved, she has gained more and more enthusiastic reviews from book critics.

The real question for locals is whether Inez is ever going to return to Leadville. Anticipating that question, Parker emailed that she had “plans and schemes” to bring Inez back to the Cloud City. (She also noted that Leadville was mentioned 19 times in “Mortal Music.”)

There are, after all, some issues still in the air. For example, what is happening with Inez and Mark Stannert’s young son who has been staying with a relative back East? What about her relationship with the Reverend Justice Sands? The actual affair has been more or less a secret, but the fact that Inez is a divorced woman would be hard to swallow in a clergyman’s wife, even in Leadville. What’s happening at the Silver Queen Saloon in which Inez still has an interest? Local readers can hope they don’t have to wait until after the 1906 San Francisco earthquake for Inez to reappear here.

Parker’s books are published by Poisoned Pen Press and have won numerous awards over the years. Hard copy and online versions are available through Amazon and other dealers.