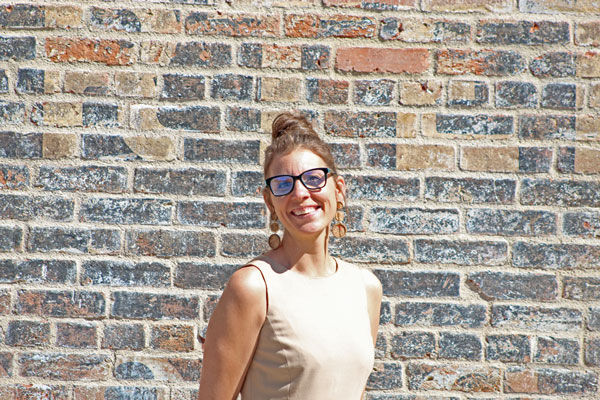 Sarah Dae is executive director of the Tabor Opera House Preservation Foundation, ushering in a new era for the historic building. 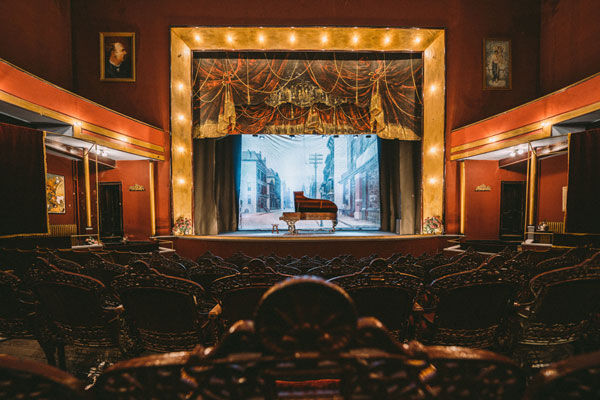 Empty seats in the Tabor Opera House await an audience.

Sarah Dae is executive director of the Tabor Opera House Preservation Foundation, ushering in a new era for the historic building.

Empty seats in the Tabor Opera House await an audience.

The Tabor Opera House Preservation Foundation, which operates the Tabor Opera House and has led a multi-year project to restore the historic building, announced earlier this month that Sarah Dae is the foundation’s first executive director, ending a prolonged search to fill the role.

Before accepting the position as executive director, Dae served as the City of Leadville’s administrative services manager for seven years and facilitated the city’s 2016 initiative to purchase and help preserve the Tabor Opera House, which was deemed a national treasure by the National Trust for Historic Preservation in 2019. At the time, the building was in dire shape, but has slowly improved since.

“I’m stepping into a new element for my professional career,” said Dae, who left a position with the Colorado Department of Local Affairs for her new role with the Tabor Opera House Preservation Foundation (TOHPF). “I’m keen to see what the next steps of the renovation project will look like, and then we’ll move on to the ultimate phase, which is utilizing the space as a hub for arts and culture in Leadville.”

As TOHPF’s first executive director, Dae oversees multiple facets of the foundation and reports to a volunteer board of directors. Her responsibilities include spearheading a $15 million capital campaign to finish rehabilitate and support future programming at the Tabor Opera House, developing arts and culture programming, increasing community engagement and leading the next phase of renovations, which began in 2020.

Since the rehabilitation began, construction crews have nearly completed phase one of the project, restoring the south and west-facing brick walls of the building. This spring, crews will advance to phase two, which focuses on the north and east-facing walls. Dae said phase two could prove more difficult and costly than phase one, given the structure’s shared north wall and historic stage that rests on the inside of the east wall.

Dae told the Herald that she is an accidental preservationist who developed a passion for Leadville and its historic structures during her time as the city’s administrative services manager. “It’s hard not to feel deeply moved by the Tabor Opera House and its history and not want to be involved in some way,” said Dae, adding that she was involved with the project at its inception and is proud to finish what she helped start.

“We could not be more thrilled to welcome Sarah as the foundation’s first ever executive director,” said TOHPF President Jenny Buddenborg. “The volunteer board of directors has done a tremendous job leading the organization over the past five years, attaining remarkable goals, including the ability to hire a visionary like Sarah. Our organization and mission are evolving and excelling, and Sarah, with her deep knowledge of and passion for the Tabor Opera House and Leadville, is just the person to take the Tabor into its next phase of growth and vibrancy.”

Meanwhile, TOHPF announced last week that programming and live performances will return to the Tabor Opera House this summer after a two-year hiatus due to the COVID-19 pandemic. The first of four events is June 4. Building tours will also kick off Memorial Day weekend in English and Spanish. Tickets can be purchased individually or a season pass is available for $100. More information can be found on TOHPF’s website: https://www.taboroperahouse.net/.

On Saturday, June 4, TOHPF will host a Songwriters Circle Workshop from 1 to 4 p.m. Participants of the event are invited to join Clay Rose of the Gasoline Lollipops, an alternative country band out of Boulder, to develop songwriting tools. A select number of participants will then be invited to perform with Rose that evening at the Tabor Opera House.

As part of the event, Songwriters in the Round: An intimate Music Experience will also occur on Saturday, June 4. The workshop, which starts at 7 p.m., invites participants to tell stories through jazz, soul, R&B, blues, bossa nova, folk and African styles of music. The workshop is paired with a concert, which will feature the work of Rose, Ned Warner of Leadville and Judah Arrington of Buena Vista.

On Friday, July 8 and Saturday, July 9, TOHPF will host Ghost of the Tabor: A Performance Treasure Hunt. Performed by LuneASeas, an arts organization from Fort Collins, and a cast of Leadville players, the event will feature an immersive tour of the Tabor Opera House and its many rooms.

On Sunday, July 31, the foundation is throwing a Tabor Summer Celebración, featuring music, food, art and family fun. A street festival will begin at noon with live performances starting later in the day. Later on, a puppet show put on by Adolfo Romero and Parallel Artístic of Denver and two bands will take the stage starting at 2 p.m. The bands are Leadville’s own Bicicasa Basement Boys and Los Mocochetes of Denver.

Rooted in the Blues Double Header: Cary Morian & Hazel Miller, the final event TOHPF has announced for this summer, is set for Saturday, Aug. 27 at 7 p.m. Native American musician Cary Morin of Fort Collins and Hazel Miller and the Collective of Denver will perform at the event.

With the announcement of upcoming workshops and performances, Dae said the summer season at the Tabor Opera House has begun. She’s excited about the momentum that TOHPF has going into the summer and looks forward to watching the building morph into a hub for arts and culture in Leadville. “There are moments that define you – serendipitous experiences crossing the threshold into something wholly new and relevant,” said Dae. “I ecstatically welcome this challenge to continue the crucial efforts to rehab and activate this captivating space.”

To announce a nonprofit event or recurring monthly meeting in the calendar, contact the Herald at 719-486-0641 ext. 13 or officemanager@leadvilleherald.com. Click on the article title for more events.