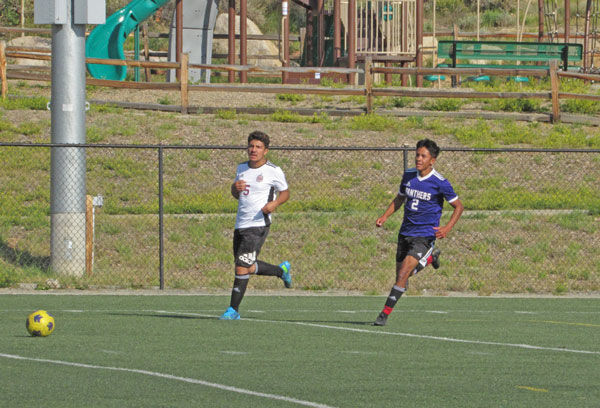 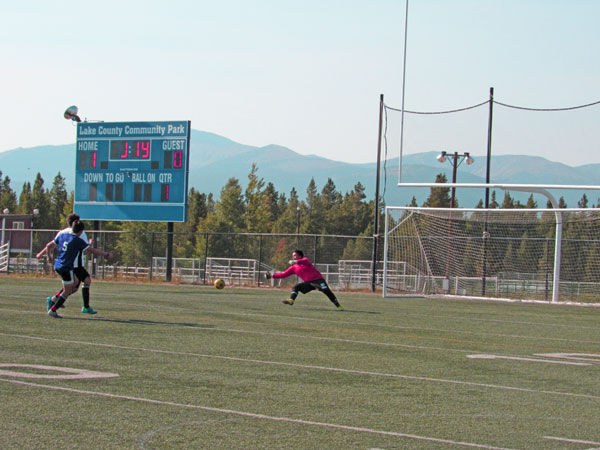 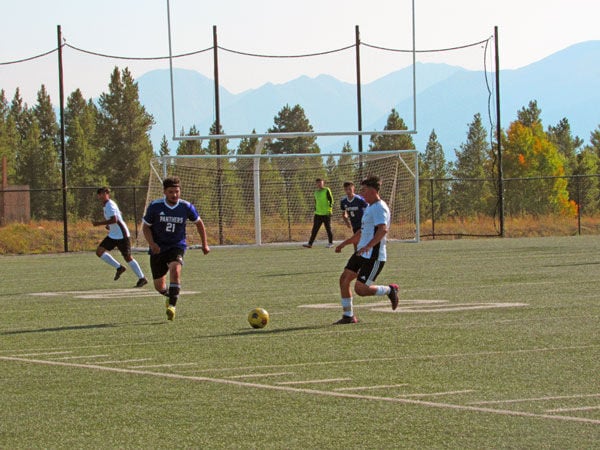 Sergio Chavez prepares to challenge a Bruce Randolph High School player for the ball. The Panthers won the match 8-0.

Sergio Chavez prepares to challenge a Bruce Randolph High School player for the ball. The Panthers won the match 8-0.

On Wednesday, Sept. 8, the Panthers played a league game against the Bruce Randolph School of Denver, which finished with a score of 8-0. Lake County’s team opened the scoring early with two first-half goals, and then continued with six unanswered goals in the second half.

On Friday, Sept. 10, the Panthers played Rocky Mountain Lutheran High School of Commerce City. The boys team won with a score of 9-2 after scoring three goals in the first half and another six later in the game.

This week, the Panthers play Dolores Huerta Prepatory High School on Thursday, Sept. 16. The non-league game is set to take place in Pueblo.