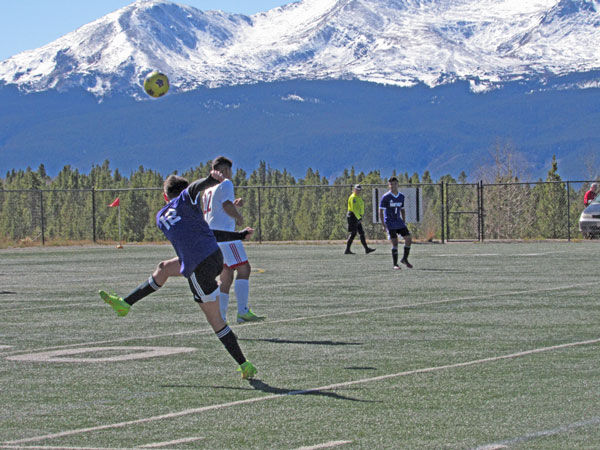 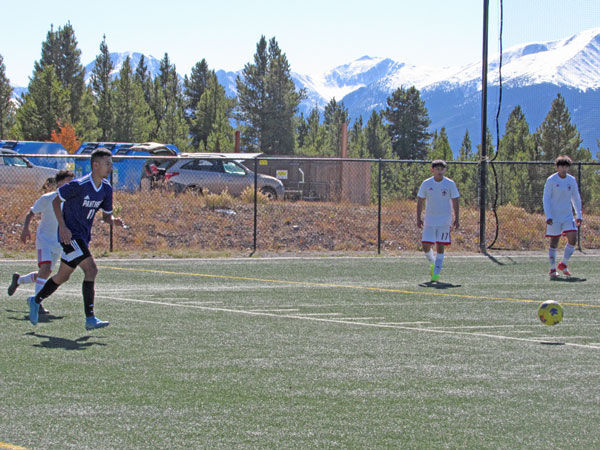 Victor Anguiano chases down a loose ball during the Panthers’ win against Jefferson High School on Saturday.

Victor Anguiano chases down a loose ball during the Panthers’ win against Jefferson High School on Saturday.

On Wednesday, Oct. 13, the Panthers played a league game against Bennett High School. The away game ended in a 7-0 score with Lake County’s team scoring three goals in the first half and another four in the second half.

Lake County’s team then took on Jefferson High School of Edgewater on Saturday, Oct. 16. The league game saw eight Panther goals in the first half and ended with a score of 10-0.

On Monday, Oct. 18, the Panthers played a non-league game against Moffat County High School of Craig. The scoring opened with four Lake County goals in the first half and ended in a 5-1 victory for the Panthers.

Lake County’s team also played their final regular season game on Wednesday, Oct. 20 against The Pinnacle Charter School of Federal Heights. So far, the Panthers are 11-3 this season and are ranked fifth in the Frontier League.