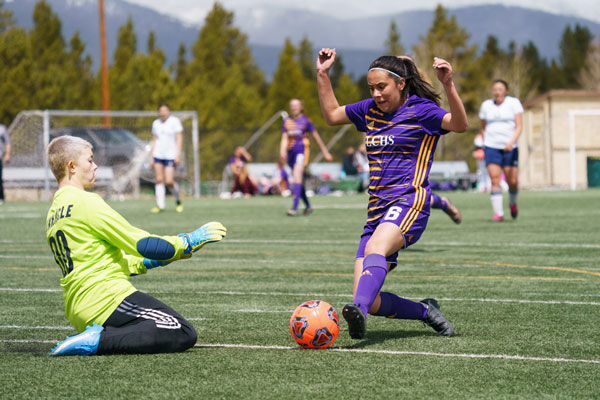 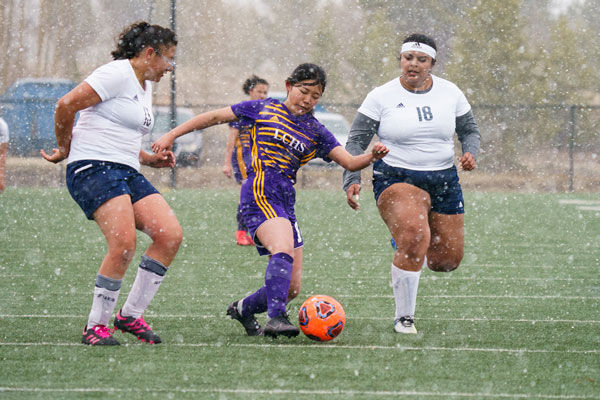 Sakura Nishioka slips past two defenders as a snow squall blows through during the match’s second half.

Sakura Nishioka slips past two defenders as a snow squall blows through during the match’s second half.

The girls team played on Saturday at home against The Pinnacle Charter School of Federal Heights. The Timberwolves scored two goals in the first half. Lake County High School responded with two goals of their own in the second half, but the game ended 3-2 with the Panthers losing by one late game goal.

Next week, the Panthers are set to play another two games on May 15 and 17 against Arrupe Jesuit High School of Denver and Middle Park High School of Granby.