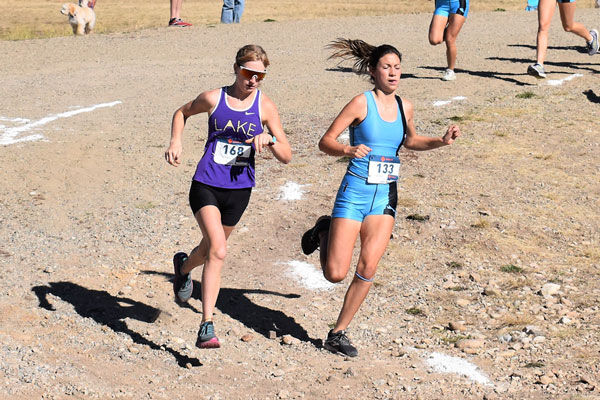 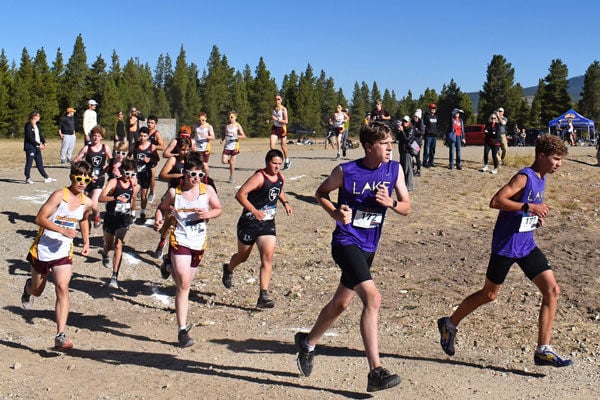 A runner from Coal Ridge High School led for the first half of the high school race, until Adele Horning passed her and left her behind. Horning held on for the win, completing the challenging 5K course in 23 minutes and 11 seconds. Violet Hill turned in another solid performance, taking third in 24:51. Clara Kirr and Brynna Lenhard made aggressive and decisive moves to get ahead of the other Coal Ridge runners, assuring the Lady Panthers the team victory. Kirr finished sixth in 25:32, and Lenhard placed eighth in 26:56.  Indigo Olsen, Grace Bunch and Morgan Holm worked together as a team throughout the race. They finished 15th, 18th and 19th respectively with times of 29:34, 29:40 and 29:41. Out of all Lake County’s athletes, Tal Sheleg ran a time closest to her personal best. Her time of 30:20 earned her 21st place.

In the high school boys’ race, Jace Peters took second in 19:44.  Abel Gonzales had his best race of the season, placing eighth in 22:26.  Desmond Sandoval ran confidently on the familiar trails, crossing the finish line in 26:52, earning 24th place.  Just behind, Matthew Wilson was 25th in 26:58. After making friends with a Windsor harrier, Samuel Missey surged ahead of him in the last half mile. Missey finished in 32:01, earning 36th place. The boys placed fourth as a team