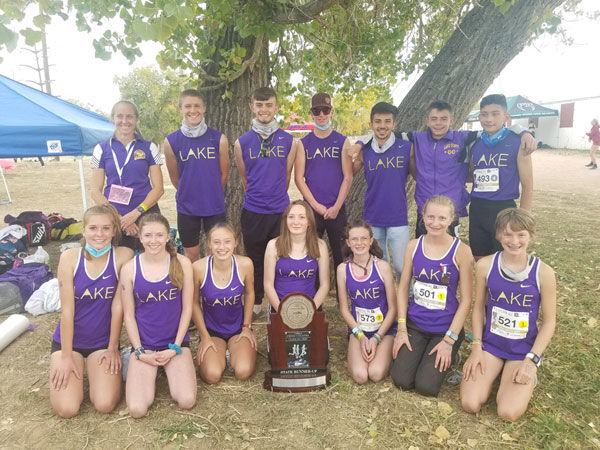 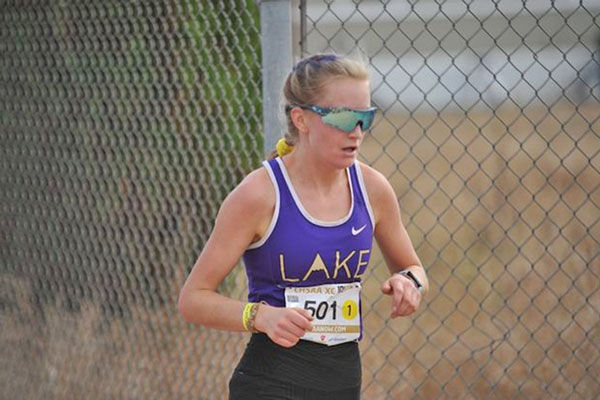 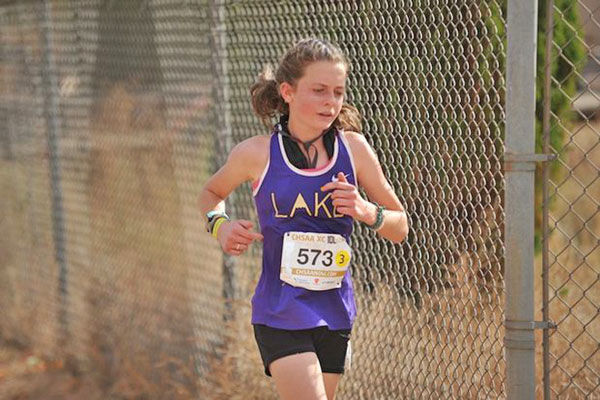 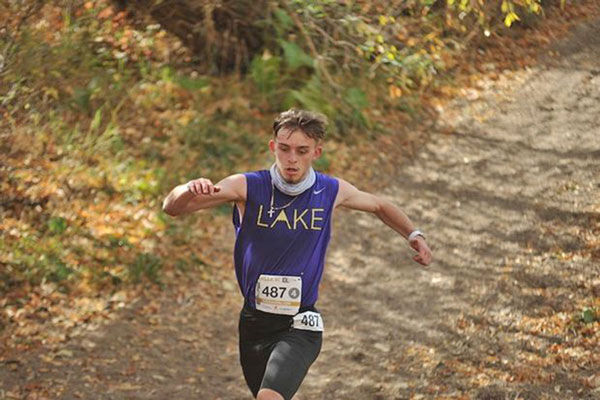 The start of the race looked different this year because of COVID-19 restrictions. Instead of having all 100 runners begin the race at the same time, the competitors were divided into four waves of 25 harriers, based on their finishing positions at regional qualifiers. Athletes who finished in the top six places at the regional meets started in the first wave. Those who placed seventh through twelfth at their regional meet started in wave two, and the rest of the runners who qualified as part of a team were divided between waves three and four. The waves left the starting line approximately 45 seconds apart.

Sophomore Jace Peters took off in wave one. He ran a smart race and finished in his second best time ever — 18 minutes, 30 seconds. At the 2019 state meet, Peters placed 53rd, but this year, he took 20th. Senior Fabian Jimenez started as part of the second wave. With a strong second half of the race, he overtook several of the wave one runners, placing 18th in 18:28.

The rest of the Panther men were placed in wave four. Senior James Garrison headed right to the front of his group and held that position throughout the race, catching runners from wave three on his way to a final time of 20:04. Last year, Garrison placed 85th at state; this year he was 68th. Freshman Josiah Horning took the 85th place spot this year, completing the course in 21:04. Freshman Abel Gonzales filled in for injured Matt Cairns, and finished 93rd in a new personal best time of 21:23.

As a team, the boys placed ninth, beating the Twin Peaks Charter Academy, with whom they had tied at regionals.

The Lady Panthers entered the meet with ambitions of bringing home a trophy. The Buena Vista High School women were the clear favorites to win; the team was dominant at their regional meet, with their five runners sweeping the top five positions. Because of that performance, all five of Buena Vista’s runners started in wave one, an advantage.

The Panthers had two athletes in wave one, sophomore Adele Horning and freshman Rose Horning. The Horning sisters were patient through the first half of the race and reeled in the BV girls in the third mile. With 800 meters to go, the Hornings and Buena Vista’s top two girls were in a pack together. Mallory Salazar, of Buena Vista, crossed the line first, in 20:19 and third place overall. Adele finished fifth overall in a personal best time of 20:25. Rose was close behind, taking sixth in 20:30, her fastest time by 23 seconds. Buena Vista’s second runner, Zaila Smith, placed seventh in 20:46.

Keira King, a freshman, ran away from the rest of the girls in wave two, and although she couldn’t see Buena Vista’s third runner, she came close to catching her. Buena Vista’s third harrier placed 12th in 21:29, and King finished 15th in a new personal record (PR) of 21:44. Violet Hill, another freshman, kicked off in wave three. She cut over a minute off her PR, running 22:53 for 36th place. BV’s fourth girl took 26th place, sealing the win for the Demons. Rounding out the Panther team, senior Michaela Main accomplished another PR, 23:47, which earned her 49th place.

In the final team tally, Buena Vista took first with a score of 31 points, but the Lady Panthers weren’t far behind, scoring 41 points for second place. The third place team, Lyons, had 93 points. It was a great showing for the Arkansas Valley teams.