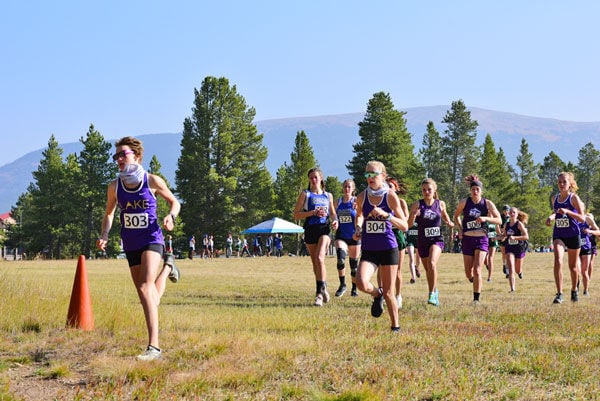 Rose and Adele Horning take the lead at the start of the high school girls’ race at Colorado Mountain College on Saturday. 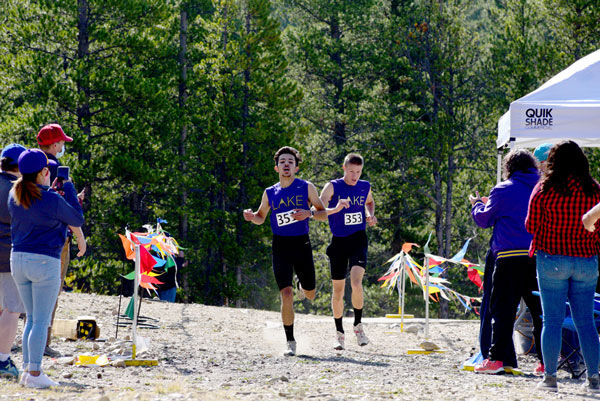 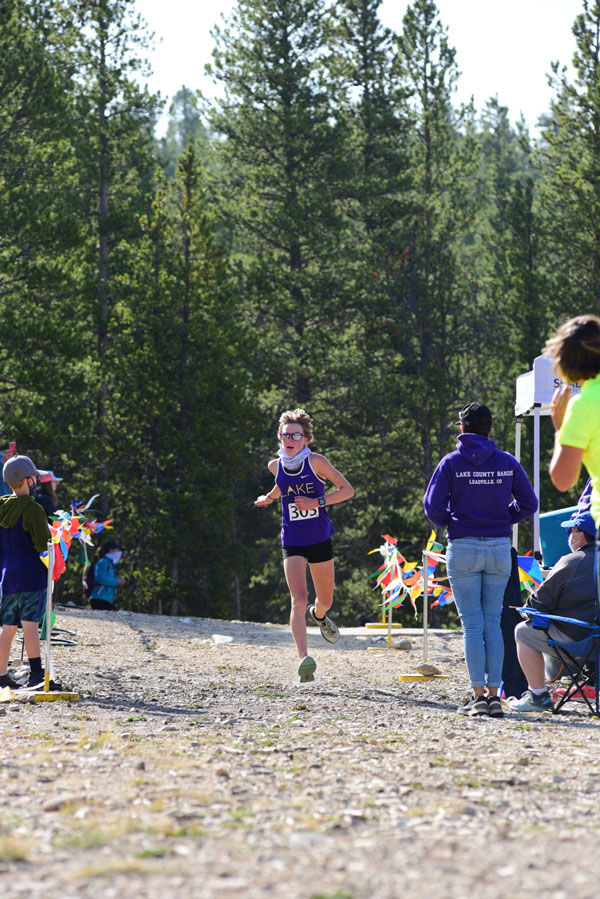 Rose and Adele Horning take the lead at the start of the high school girls’ race at Colorado Mountain College on Saturday.

The Lake County High School cross-country teams dominated the Frontier League Championship, which they hosted at Colorado Mountain College on Saturday, Oct. 3. Eight schools, mostly from the Denver area, traveled up to compete for bragging rights in the league.

The Middle Park women gave the Lady Panthers the biggest challenge, but the Lake County harriers held them off with solid front running and personal best performances from their fourth and fifth runners.

Adele Horning cut 53 seconds off her time on this course a month ago on her way to a second place finish and a time of 21 minutes and 36 seconds for the five-kilometer route. Rose Horning took third in a time of 22:15, and Keira King ran 22:59 for fourth place. Violet Hill was able to break up the Middle Park pack and run a new personal record (PR) in the process. She completed the course in 23:58 and eighth place. Michaela Main improved her PR by over a minute, dropping it to 25:28 and finishing in 11th place. Running 1:50 faster than on this course in September, Clara Kirr took 13th in 25:40. In the end, the Lady Panthers scored 23 points to Middle Park’s 38 points. In cross-country, the lowest score wins.

In the men’s competition, Jace Peters led the field for most of the race, but teammate Fabian Jimenez caught up to him with about half a mile to go. The victory was decided by a final sprint up a steep hill into the finish and Jimenez beat Peters by half a second. They both accomplished a time of 19:26. As the meet champion, Jimenez was awarded the Frontier League Athlete of the Year award.

Returning to competition after a week at low elevation, Matt Cairns turned in a solid performance, placing seventh in 21:03. James Garrison, Josiah Horning and Abel Gonzales pushed each other to much faster times than they ran last month. They finished ninth, 10th and 11th respectively, with times of 21:14, 21:26 and 21:31.

The Panthers will travel to Lyons on Thursday, Oct. 8 to race in their regional meet and attempt to qualify for the state meet.